-Seven Myths About the US Car Industry 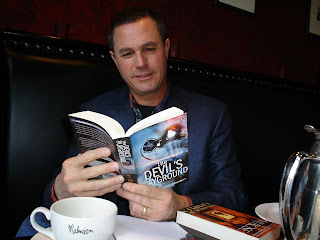 (from an article in the Detroit Free Press by Mark Phelan)

1. Nobody buys their vehicles-They sold 8.5 million cars in the US last year and many more abroad.

2. They build unreliable junk-Consumer Reports recently rated Ford's reliability on a par with good Japanese cars. Lots of other favorable data exists at J.D. Power. Both the Chevrolet Malibu and Ford Fusion scored better than the Accord or Camy.

3. They build gas guzzlers--If you leave out the Prius, gas usage is pretty similar. The Malibu gets 33 mpg, better than the Hondo Accord.

4. They already got a $25 billion bailout.--None of that money has been lent out and may not for over a year. It can only be used to invst in future vehicles and technology so doesn't solve any of the current problems.

5. The Big Three are idiots for investing in pickups and SUVs. So were the Japanese carmakers.
The most fuel-efficient full size pickups from the Big Three all have better fuel economy than Toyota and Nissan.

6. They don't build hybrids--Ford and GM now offer more hybrids than Honda or Nissan with several more to hit the market in 2009.

7. Their union workers and lazy and overpaid--Chrysler tied Toyota as most productive, a measure of the amount of work done per employee. Hourly pay tops our around $28 an hour, benefits add $14. New workers get $14. UAW wages are now comparable to Toyota.

DO WE REALLY WANT TO TURN ONE MORE MANUFACTURING INDUSTRY OVER TO EUROPE AND ASIA. WE PULLED OUT OF THE 1930s DEPRESSION PARTIALLY BECAUSE WE HAD A MANUFACTURING BASE.

Go ahead and buy that American car. You know you want to. And say yes to aid for the US Car Industry. They make jobs.
Posted by pattinase (abbott) at 5:00 PM

This is the story the Three Stooges should have told when they went up on the Hill to an admittedly hostile congress. Your points make a cogent and persuasive argument.

Some of them ring truer than others, of course. But the myth that union workers make $70 an hour is ludicrous.

I agree that American cars are well made and that we need them here and running. My problem with them is the top heavy spending that sees executives making millions while they lay off workers.

I drive a Ford and love it. I've had only minor problems with it and it has nothing to do with it being an american car.

So why are they in so much trouble?

I haven't taken the time to research the auto industry the way I'd like to, but I am encouraged to read here that the claims about the unions have been exaggerated (which is what I suspected). It's always been interesting to me that unions seem to be vilified to the degree they are, when I believe organized labor is exactly what allowed people in this country to finally establish a working class that could aspire to owning homes, retirement, education and benefits.

Charles, I think part of the problem is medical and pensions for retired employees. The foreign models made in this country are relatively new and have few, if any, retirees.
I'm not sure what the solution is for
any of this. As someone who'd pension was slashed to the bone when they turned it over to the Pension Benefit Guaranty Corporation, a government agency itself billions of dollars in debt, I don't know what the answer here is either.

It is clear that like all US corporations, it is top heavy in personnel and salary. That needs to change. It is also clear they made too many models, especially Chevrolet. Maybe that will now change if they get rid of Pontiac immediately.
What kind of Ford, Jon, if you come back?

"So why are they in so much trouble?"

Because some of these things weren't myths ten years ago and it takes a long time to turn such a big industry around.

The best argument I've heard for 'investment' in the auto industry is that it's been heading in the right direction for about five years and that's only now starting to pay off.

In Canada we had an aircraft industry briefly in the 50's which produced a jet called the Avro Arrow - one of the most advanced for its time. The whole program was cancelled by the government of the day and the biggest loss was really all the technology all the engineers took to Boeing. The US car companies actually have a lot of leading-edge technology in development that would be lost to other manufacturers and that would put them so far behind they'd never catch up. The US with little or no manufacturing and little technology starts to look like quite a different place.

And let's remember the other place that received a lot of investment in the 30's was the arts - after last week how come the publishing industry isn't getting a bailout?

Driving a ford ranger pick up truck and loving it.

Probably not the family car we're looking for. Maybe the Fusion.

I'm sending this link to my beloved Spousal Equivalent. Not just because she's from Michigan (Flint, and will kick someone's ass to prove it) but because you have Robert Crais's picture.

We went to a signing when he was promoting THE WATCHMAN, sat about the fourth row. Crais walks out, and she turns to me and says, "He's on The List" while HE'S RIGHT THERE IN FRONT OF US! Very not classy, I thought.

(Each of us has our own version of The List. Each consists of five famous people--no one we know-- with whom we could have a meaningless sexual encounter and it wouldn't be considered cheating. That book signing was the closest either of us had ever come to someone actually on the list, and I feared for the people in those first three rows.)

Dana-Doubt that there are many lists he's not on. Ali sent me the picture. I would never have had the nerve to solicit it.

Point No. 2 is further de-bunked by the amount of model and/or component sharing that goes on between some manufacturers (e.g., Ford and Mazda).

Also, many manufacturers source components form the same suppliers so there is even else difference between brands.

It is such a shame that this myth still exists.