I Am So Disappointed! 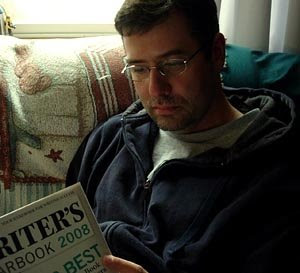 
Synecdoce, New York is a movie I expected to like. Philip Seymour Hoffman brings something special to every role and playing a barely functional person is his specialty.

I like other work by director-writer, Charlie Kauffman, especially Eternal Sunshine of the Spotless Mind.

I liked the actresses in it, nice to see such an array of talent, although most of them were forced to look middle-aged for most of the film. Why?

There wasn't an interior or exterior shot that wasn't dreary. I didn't care for the score.

It was such a pretentious mope-fest of a movie that I got almost nothing out of it. It was the sort of movie that, at some point, makes me so angry that I am henceforth impervious to anything good that may come.

Truthfully if we hadn't been at a theater with friends, I would have walked out. The script seemed determined to find nothing but misery in the world, yet to what end. I don't mind depressing movies if I can believe in it, if it feels real. This movie was about movies-- not about life. So its angst seemed feigned, pretend. Enough.

What was the last movie that really disappointed you. What movie were you sure you'd like --then didn't?
Posted by pattinase (abbott) at 10:00 AM

I'd have to say Little Children. I loved the novel by Tom Perrotta but the film style and narration over the scenes just felt awkward on the scree,

I liked the performances in Little Children but it did feel awkward. Voice overs so seldom work. Especially ruinous when they're telling you what you should see played out.

Oh, I'm not familiar with that one. I'll go to IMDB.

It was a bigger disappointment than CASINO ROYALE, which was simply dumb. GET SMART was surprisingly better than I expected, conversely.

WANTED...I wasn't sure I was going to like it, but it was so stupid and obnoxious that it rivalled the THE BLACK DAHLIA.

...and, not to take over the comments on this one, HUMAN NATURE...the last disappointing Kauffman project, after liking BEING JOHN MALKOVICH so much. Not terrible, but a letdown. While ADAPTATION was no ETERNAL SUNSHINE, at least it was consistently funny and inventive.

A movie that disappointed me was THE BUCKET LIST. It started out fine with terrific humour and then it fizzled about half way through. The message I liked. The movie previews had interested me enough to watch it.

I steer clear of any movies about dying since Terms Of Endearment. Yes, Adaptation was very clever if lacking heart. Savage Grace with Julianne Moore was a disappointment.

21. The book it's based on 9BRINGING DOWN THE HOUSE) was excellent, and a true story. The movie didn't want the audience leaving on even a partial downer, so the ending goes throuhg contortions to make things come out right.

As soon as you make a movie about movies you're pulling back and away from any sense of realism. I find the same thing often happens with novels about writing novels, or poems about poetry.

I think that you sacrifice involvement for cleverness or self-references.

For me it was the latest Indy Jones movie. I had high expectations and other than Karen Allen it was pretty routine.

Oh, boy and the the last two episodes of STAR WARS.

Or, every episode of STAR WARS. Particularly one wonders how Leigh Brackett's script for the second was dumbed down.

Sorry you're so disappointed, Patti. I see so few movies, at least at the theater, I'm having trouble remember what I've seen, much less was disappointed me. The only one I've seen in the theater in the last six months was Bill Maher's RELIGULOUS which I found interesting, thought-provoking and disturbing. Wasn't disappointed though. My DH and I were disappointed with THE LAST ENEMY on Masterpiece Contemporary and only watched the first two episodes. Maybe that counts, even if it is PBS!

I was hoping to catch Religulous but missed it although Bill Maher can be wearing. Maybe I'll catch in DVD.
MT productions are seem to be written by the same screenwriter, don't they. They all feel much the same, no matter the story or original writer.

I am a big fan of Mike Leigh films but I detested Happy Go Lucky. I saw this with 4 other people and everyone of us hated it. The main character was so insufferable I was hoping Freddy or Jason would pop up and do her in in a especially grusomeway.

I'm pretty much with you, Steve although I give it some points for showing a teacher who was devoted to her kids. But all that giggling. She wasn't fourteen. My husband hated it.

Fun question Patti. I'm with Todd, as far as Get Smart being surprisingly enjoyable.

Disappointments: MIAMI VICE was beautiful visually and had an intense final shoot-out scene, but otherwise was lacking, a shame since I love Michael Mann.

SUPERMAN RETURNS - His "return," which conveniently placed him inside a filled sports stadium after saving a crashing plane, was so ridiculous I could watch no more. Another good director, but struck out on this one.

But the biggest disappointment for me were the LORD OF THE RINGS movies. Again, visually amazing, but the dialogue was so painfully contrived it made me squirm. The fights were always the same five characters against a whole orc army, and I can only get worked up about Frodo almost-dying so many times.

Think blogging is hard? So do I.

Someone's already beaten me to the punch on all my disappointments. The Empire Strikes Back was the last Star Wars movie that lived up to my expectations(the next four should never have been made; they just tarnished the image).
I haven't really been satisfied completely with any Indiana Jones since the first one. The Last Crusade was just okay, only because of Sean Connery's presence.

My feelings exactly, Randy. Same for me with all the Jaws followups.