How I Came to Write This Book: Andrew Nette 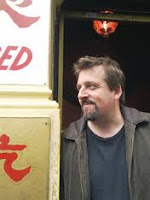 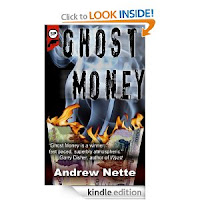 How I came to write this book.

I started writing the book that eventually became Ghost Money in 1996 when I worked for several months in Cambodia as a wire service journalist.

I’d first traveled to Cambodia in 1992 while living in neighbouring Laos. It was a desperately poor and traumatised country. The Khmer Rouge, responsible for the deaths by starvation and torture of approximately 1.7 million Cambodians during their brief rule in the seventies, were still fighting from heavily fortified jungle bases. The government was an unstable coalition of two parties who’d been at each other’s throats for the better part of a decade and whose main interests were settling historical scores and making money.

Phnom Penh, the crumbling capital of the former French colony, was crawling with foreigners; peacekeepers sent by the West and its allies to enforce peace between the various factions, and their entourage of drop outs, hustlers, pimps, spies, do-gooders and journalists. The streets teemed with Cambodian men in military fatigues missing legs and arms, victims of the landmines strewn across the country. There was no power most of the time. The possible return of the Khmer Rouge caste a shadow over everything.

When the opportunity arose several years later to fill in with one of the wire services, I jumped at it. As it turned out, from a journalist’s standpoint, my timing was good.

Unknown to most foreign observers, the Khmer Rouge has been splintering internally for many years. Partly this was the result of the government’s relentless military operations. More decisive were internal tensions over the movement’s direction and how best to divide the spoils from the guerrillas’ logging and gem mining operations along the border with Thailand.

In August 1996, a couple of weeks before I arrived, Ieng Sary, the former Deputy Prime Minister in the charnel house the Khmer Rouge called Democratic Kampuchea, announced he’d split from the movement and wanted to negotiate with the Coalition Government for amnesty.

He claimed he’d grown sick of fighting and wanted to end the war. A more significant influence were reports Khmer Rouge hardliners under Pol Pot had discovered Sary was skimming the proceeds from gem mining and logging operations, and were about to move against him.

Whatever the case, both sides of Cambodia’s dysfunctional coalition government courted Sary and his not inconsiderable military clout for their own ends. Sary, meanwhile, used his position to stay one step ahead of a prison cell. It was a bizarre, increasingly acrimonious game of cat and mouse that eventually resulted in open warfare between the two coalition partners.

But that’s another story.

These events form the backdrop to Ghost Money.

Cambodia fascinated me from the moment I first arrived. The people, the contrast between the anything goes, Wild West atmosphere of Phnom Penh and the hardscrabble but incredibly beautiful countryside.

History oozed from the cracks in the French colonial architecture and protruded from the rich red earth, sometimes quite literally in the case of the mass graves that litter the countryside. Things happened every day – terrible events and acts of heart breaking generosity you couldn’t make up if you tried.

I always thought Cambodia would be a good setting for a crime story. But I also wanted to capture some of the country’s tragic history, the sense of a nation in transition. In the mid-nineties, the young wanted change, the old wanted stability. In between was another group. Children of the Khmer Rouge era and the civil war that followed, who’d grown up adapting to the rigid economic and political austerity of Soviet Style system. But as the country opened up, a lot of these people were cut adrift.

I was too caught up in the day to day reporting of events and trying to make a living as a freelance journalist to put much of a dent in the book. That didn’t come until nearly a decade later, when one day I sat down and started reading through some old notes.

In early 2008, my partner and I quit our jobs and moved to Cambodia for a year with our then two year old. I freelanced as a journalist, did fixing work for foreign TV crews and finished the first draft of my manuscript.

A lot had changed. The Khmer Rouge insurgency was over. Sary was on trial for war crimes. The streets of Phnom Penh were full of luxury cars. Tourists could get a shiatsu massage in their ozone neutral hotel, then head out for tapas and cocktails.

On another level, a lot hadn’t. The same people still ran things and the methods they used hadn’t altered. The countryside was still poor and beautiful.

Using the skeleton of the plot I developed in the mid-nineties, the basic plot of Ghost Money, a private investigator searching for a lost businessman amidst the chaos of the Khmer Rouge split, came quickly.

The main character, a Vietnamese Australian in denial about his background, took a lot longer. For various reasons, the Vietnamese are intensely disliked by many ordinary Cambodians, something I wanted to use to create an even greater sense of tension in the book.

Ghost Money is a crime story, but it’s also about the broken country that was Cambodia in the nineties, about what happens to people who are trapped in the cracks between two periods of history, the choice they make, what they have to do to survive.

Even the name Cambodia is exotic and evocative to me

Hope you are back home safe and sound in Abita Springs.

Enjoyed that Patti and Andrew. Very much.

Patti - Thanks for hosting Andrew.

Andrew - Thanks for sharing the way your own time in Cambodia influenced you. I've just got Ghost Money and am looking forward to reading it!

Sounds fascinating. I love to visit the world through a book like this.