My Life at the Theater: World of Wonders 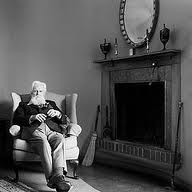 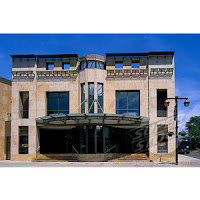 Every year at the Stratford Shakespeare Festival in Stratford Ontario, they perform one play (at least) from a Canadian writer.

Robertson Davies, although he looks like a nineteenth century writer in this picture, only died a few years ago. He is perhaps, with the exception of Munro, Atwood and Richler, my favorite Canadian writer. His work is both humorous and erudite. He was a master at large casts and large plots-perhaps a bit like Dickens.

In 1992, the playwright Elliott Hayes developed Davies' Deptford Trilogy for the stage. It was not a very successful production. Davies' work is so laden with characters and events and locales that cramming them into a two-hour play was probably impossible. And the stage at the Avon Theater, before the reconstruction above, did not do it any favors. We also had bad seats.

But despite these caveats, I wouldn't have missed it for the world because parts of it still remain with me two decades later. I highly recommend the trilogy if you want to read Davies. But any of his many books will be a treat.
Posted by pattinase (abbott) at 7:00 PM

Can't go wrong with Davies. His books are a delight.

Gulp. Was it really?

Patti - So glad you got the chance to see some of Davies' work. Thanks for sharing it. And I love that 'photo of the theatre building!