Better Than the Book (or the first adaptation) 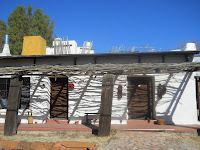 Tucson-back after a fabulous week in Tucson. Barely got my horrible computer to check the weather. Sorry if something got overlooked because I know I missed several emails with the computer which shall not be named.


I just saw the Fincher/English adaptation of THE GIRL WITH THE DRAGON TATTOO and found it superior to both the book and the first movie.

They cut a lot of boring economic stuff that preceded the real story and got rid of a worthless romance among other things. Fincher did a brilliant job of making every scene zing. He really knows what matters and how to make it matter to you.

But the real key for me was I could pay attention to faces and action and not the sub-titles beneath them. I kid myself sometimes when I say that sub-titles don't bother me because in a thriller, they do. I think they were a real hindrance in the Swedish version of this, for instance.

Here is a list of someone's idea of 50 films that were better than the book, and I would include this one. What is your favorite example?
Posted by pattinase (abbott) at 8:17 AM

Patti - I'm glad you liked the Fincher version of The Girl With the Dragon Tattoo. I have to say that in general, I think books are almost always better than the film adaptation. But I did like the adaptation of Dennis Lehane's Gone, Baby, Gone.

I agree that it's better than first film, though that had it's moments when it warmed up! Couldn't get into the book at all.

The Godfather's a good book but the first two films are much better.

Rum Punch is a pretty good book but Jackie Brown is better.

The Ten Commandments is better than the book it was based on, can't remember the title ...

I adored Jackie Brown-my favorite Tarantino. And of course, the book didn't have Edward G. Robinson in a key role.

From all the stuff I've heard about the slowness of much of the book, I'm not sure why folks are reading it. I probably won't or watch the movie. I may watch the version you're talking about.

I thought the movie version of THE GENERAL'S DAUGHTER (with a script by William Goldman) was better than the Nelson DeMille thriller. Like you, I really liked Fincher's THE GIRL WITH THE DRAGON TATTOO. I included it in my FAVORITE MOVIES OF 2011 list.

From the list you linked to, I agree on DOUBLE INDEMNITY, PSYCHO and THE GODFATHER.

M*A*S*H for sure. The book was a lot tamer and lamer. The rest I would probably agree if I had read the book.
Have never read DeMille either. But Goldman was a good script writer.

Most of the good ones have been mentioned already. I would add Jaws and Children of Men(a terrible book).

I agree with Paul on Rum Punch--very good book but great movie. Same with Out of Sight--good book, great movie. The Princess Bride is a tough one--it's really a very good book, but the movie has just such a magical feel to it. Kiss Me Deadly is another great pick, while a very good Spillane novel, maybe the best film noir movie made. While I'll piss off Chandler fans to no end, as much as I liked The Long Goodbye, Altman's film adaptation is one of my favorite movies. The book, Double Indemnity, is so much better than the film--the ending alone is maybe the most chilling for any crime novel I've read, while the film kind of limps to an end.

CHILDREN OF MEN, for sure. You know I don't think I have ever seen RUM PUNCH.

Without even looking at the list, one example would be THE MALTESE FALCON. The Bogart was much superior to either previous version.

It must be my duh day. I didn't know there were earlier versions.

The underlying message of the list is that most novels need drastic cutting. That's a humbling lesson.

And even a story is seldom the worse for it. Always amazing.

Well...bloated novels can always use cutting. Meanwhile, Anders, no, PSYCHO the novel is not worse than the film...not least because the (short) novel doesn't stop just because we all know who Mama Bates is 2/3rds of the way through.

Terrible or simply bad novels, such as THE CHILDREN OF MEN, THE TAKING OF PELHAM ONE TWO THREE, or THE WORLD ACCORDING TO GARP, are usually improved by filming, though among these only PELHAM is an excellent film. Rather like M*A*S*H are Ian Fleming's Bond novels and stories, which are infrequently improved upon by the films...but mediocrity all around. (Both Spillane and Jackie Susann when she was on were slightly better novelists than Fleming, though I did find the novel CHITTY CHITTY BANG BANG amusing as a kid...the film pretty dire.)

MEN WHO HATE WOMEN was apparently hurriedly translated as a treatment, and badly so, or so I'm told. A competent translation might be good, someday...particularly with its real title, rather than one which utterly unironically perpetuates the condescension toward the protagonist that the villains of the novel display.

I had no problem with the subtitles. But I rarely do when they're legible.

The earlier films of THE MALTESE FALCON have come up in remake discussions, I thought here, previously. The first one is often show as DANGEROUS FEMALE and the second as SATAN MET A LADY. They bit. Mary Astor doesn't quite sink the good version, but she's sure the weak link in its chain.

I thought I had no problem with subtitles until I saw the results of not having to read them and try to catch the action above them. You do miss the fleeting looks on a face, the subtle gestures which must have an impact.
Incidentally, had a discussion yesterday with a friend about the film versions of CONJURE WIFE.

The sadly atrocious WEIRD WOMAN (Evelyn Ankers' performance the only highlight), the slightly stiff but engaging NIGHT OF THE EAGLE (aka BURN, WITCH, BURN!), and the comedy/parody WITCHES' BREW.

This is heresy to some, but I'd say THE WIZARD OF OZ.

WV-resses: the best part of a school day.