HOW I CAME TO WRITE THIS BOOK: Craig McDonald 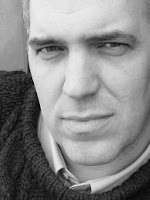 El Gavilan: How I Came To Write This Book

My first four novels were historical thrillers. They feature a 20th Century author and globetrotter named Hector Lassiter. The Lassiter books span many decades and continents.

My new novel, El Gavilan, is more contemporary and hits closer to home: it’s set, more or less, in the central Ohio town where I grew up.

In the 1990s, the Buckeye State began to undergo a sea change triggered by waves of illegal immigration.

The America southwest grabs all the national media attention with its insanely over-the-top cartel violence, self-appointed “Minute Men” roaming the desert with guns and calls for construction of Berlin-reminiscent, soaring border walls.

Fact is, exploitation of illegal workers, human trafficking and all the strife spinning out of the Mexican methamphetamine trade know no boundaries.

As a central Ohio journalist, I saw communities changing as native Ohioans and assimilation-resistant undocumented workers and their families grudgingly struggled to strike some kind of live-and-let-live balance, mostly unsuccessfully.

I experienced this nexus of intimations:

An illegal cockfighting ring was broken up a few miles from my hometown.

In that same Westside enclave, a former blue-collar neighborhood of GM factory workers, nearly all of the signage was suddenly of a decidedly Spanish bent. The local library was scrambling to accommodate a growing population of English-As-Second-Language patrons.

On the opposite side of a looming overpass, an apartment complex became a target of arson. It proved to be a racially motivated firebombing. Lives were lost in that fire…mostly those of children.

The fallout came in many dark flavors and it came down hard. The residents of the complex, recent immigrants to Columbus, had no English. First-responders spoke no Spanish. The controversy spinning out of that case drew national attention.

A few counties away, word came of a sheriff who chose to use his slice of post-9-11, Homeland Security grants not to update radio equipment or to obtain bomb-sniffing dogs as so many others were doing.

This lawman instead bought up billboard space and posted warning messages directed at illegal immigrants. He sent bills to the federal government demanding reimbursement of jail costs his department sustained resulting from the feds’ failure to exercise adequate border enforcement.

All of these developments conspired to inspire El Gavilan. They also suggested the character of conservative hardliner and Horton County Sheriff Able Hawk.

My notion was to take a damaged Border Patrol agent, a man literally running from borderland grief and bloody cartel violence—a grieving recent widower—and drop him into this maelstrom…to confront him with Hawk.

Tell Lyon accepts the appointment to the position of small town police chief expecting to have a kind of Mayberry-like ride. Tell arrives in New Austin, Ohio, expecting to sort out nothing more serious than some drunk and disorderly hi-jinks…family dramas and little traumas of shoplifting and teens using fake I.D.s to try and buy cigarettes or the like.

It’s a miscalculation Tell comes to rue. He lands in town just in time for the murder of a local Latino woman—a brutal crime that triggers a firestorm of unexpected menace and threatens to trigger a race war.

It’s a cliché to say some novels read as if they were ripped from the headlines.

In the case of El Gavilan, the novel is indeed ripped from the headlines, but they were headlines I sometimes wrote.

Craig McDonald is a novelist and journalist whose first novel, Head Games, set along the Mexican borderlands, was a finalist for numerous literary awards in the United States and France. His new novel, El Gavilan, is available from Tyrus Books. Visit his website at craigmcdonaldbooks.com

This book is fantastic. And Mr. McDonald is a gent.

It's a terrific read ... and very fair all around.