HOW I CAME TO WRITE THIS STORY: Nigel Bird and Chris Rhatigan 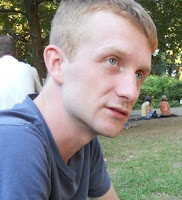 How I Came to Write This Story

For me, titles are very difficult. I usually have a “working” title, which is just some random word tangentially related to the story, then I pick four or five until I come up with one that I can live with.

Part of this is just that I’m not very good at titles. Another part of it is that I think titles are very important – if I pick up a hefty anthology, I read the authors I know I like first, then decide which other stories I’m going to read based on the titles.

So that’s one thing I liked about this project – pick the song, and the title is set for you. In fact, I may use this technique in the future – instead of writing the story first and then coming up with a title, come up with a title and then write the story…

“Shadowboxer” is just one of dozens of songs by Fiona Apple that I love. The orchestration is so lush and her voice oozes on that chorus.

Anyway, that title gave me several different ideas for stories. I particularly liked the concept of fighting against someone or something that wasn’t there. So I fleshed it out from that point – a man on the run in the Midwest. He thinks he is being followed and his paranoia keeps ratcheting up…

I’ve been fascinated by the effect of trauma on people for an unhealthily long time, particularly with the notion of Post Traumatic Stress Disorder for servicemen and women serving in wars. I’m not the only one, either, judging by the amount of artistic work examining the subject. For me I think about Sassoon and Owen in Craiglockhart’s hospital after WW1, the Deerhunter and the gangster movies of the Thirties showing veterans working with the mob during prohibition instead of settling down to a quiet life. I guess some of that seeped into my contribution for Speedloader in the form of ‘You Dirty Rat’.

More contemporary than those examples, ‘Dead Man’s Shoes’ is a brilliant film turned my mind back to its old track.

More recently still, I think of supermarkets. There’s the scene in The Wrestler, slightly unrelated, where Mickey Rourke is struggling with the mundane act of slicing meat at the deli – nothing compares to the rush he gets from the ring or the stimulants he takes to recreate it. Then there’s the penultimate scene in The Hurt Locker, the protagonist wandering down a supermarket aisle that has the feel of a cemetery about it.

On the day Luca Veste asked me for a submission for his anthology, I’d been listening to a radio interview with one of a bomb-disposal team on a break from Afghanistan. This guy talked about his team, the environment they worked in and the unpredictability of IEDs. I can’t imagine many worse jobs than that.

It got me thinking about a soldier with PSD returning home after such a tour. How hard it might be to leave the house without the mental defences clicking in.

I had the idea, then, before I had a song. I guess that’s kind of backwards.

I was never an Abba fan, but my kids love them. Mama Mia and all that stuff. I still may not love them, but I’ll sing along happily to keep the family spirits on long car journeys high. And it kept me distracted while changing many a nappy as I churned out my own version, ‘Super Pooper’ (now there’s a song which’ll never be a hit).

I agree that titles are extremely important. I love making them up and reading good ones. It can be hard, though.

I'd never heard that particular ABBA song before; it made a great fit with that story, when I did.

And Shadowboxer, yeah - sonorous song for a sonorous story.