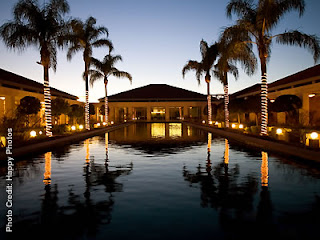 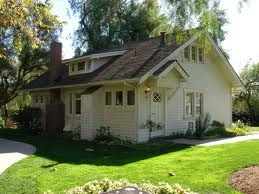 The Nixon Library/Museum is on the grounds of the house where he was born. The museum is a curious mix of past attempts of his daughters to control its presentation of him through a foundation and the new curator's attempt to tell the real story as all documents concerning him move here. While Phil worked away in the basement, I toured the grounds, his helicopter, his childhood home, the museum.

I am always amazed at how uninformed most people are. In the section about Watergate, the exhibit had the audio tape with the twenty minute blank where his secretary erased his words available.

When you read about Nixon's family, Quakers, upstanding, humanitarians on the whole, it both confounds and explains his actions. How could he not succeed with ancestors like this and how could he do what he did? The explanation that he lost two brothers was true of many people of that era.

There were things to like about Nixon and he certainly would be considered a moderate within the party today. But why did he do what he did? How much would we cling to power? I'm not sure. A very sad chapter in our history.
Posted by pattinase (abbott) at 6:00 AM

I can think of a charitable explanation for the lack of knowledge. The average person tends to be least informed about the current events of his own childhood. By the time those events become history to be studied, the child is grown and out of school. Which in turn means that people born in the 1960s are middle-aged. Now that's scary.

Nixon is a complex figure in our history. He proposed a national health insurance plan back in the 1970s that became the model for the Massachusetts health care plan. Nixon would probably be labeled a "liberal" today by the present Republican Party.

If you believe Rachel Maddow, Nixon would have been labeled liberal today and Eisenhower a socialist. I also believe that a Republican president today would not have resigned from office as Nixon did. He would have toughed it out and clung to power.

Working with 20-year-olds, I'm forever struck by how little of the past is preserved in common knowledge - and how easily pundits (unnamed) can reinvent it. Yet as a nation, we have traditionally had little regard for history. National myth has taken its place.

Off the soapbox now for the next person in line...

I was 16 when Nixon resigned and remember it clearly. I watched all of the Watergate hearings (I had a semi-crush on Peter Rodino) and went to the home of a like-minded friend (phone call: "Come on over, the b*stard's about to resign") to watch his resignation speech--which was simultaneously both creepy and touching.

Rosemary Woods (the secretary who "inadvertently" erased 18 minutes of tape by some contortion of her body on the dictaphone pedal) died not too long ago. I guess we'll never know now what was on those tapes.

And let me add one more comment: Although his actions would undoubtedly brand him as a moderate or even a liberal in today's GOP, let's not forget that it was Nixon's deliberate forging of a "Southern strategy" in the elections of 1968 and 1972 that has led to the sort of discourse we hear in politics these days.

And let's not ever forget Nixon and the sainted (OK, sarcasm there, sorry) Billy Graham discussing how "the Jews" were destroying the country.

I think I told you this before. My mother grew up with and just a mile from the Nixons, and knew him and his brother in school. Yorba Linda at that time was pretty much out in the country, fields of mustard and citrus groves. Beautiful. My mom wasn't a Quaker, but respect that religion just as her friends respected hers. I think the library, which I visited not long after it opened, has done a nice job and I'm glad to hear it's toughened up on the facts.

He will not fare well in Phil's book on the worse Presidents. I can say that much.

That's as it should be, Patti. I'm not now nor ever was a fan of Nixon. His brother sure had a great drive-in in Whittier, CA though.

He did what he did because he was a coward, more than anything else, and I suspect he was cosistently desperate for approval, and angry he hadn't achieved approval and good regard for what he'd managed to muck up in his other posts, very much including Veep.

And it is damned sad, to say the least, that there hasn't been a president as willing to work with labor as much as he since his admin.

It's interesting to compare the Nixon palace with the Ford Museum in Grand Rapids; there, a pretty good take on Watergate and, of course, there's the cool "70s room" in general . . . a little time capsule.

Most of this is for private functions and a library. Ford has two separate facilities. The library is in Ann Arbor. I thought the Ford Museum was better than this one but probably they are comparable.