HOW I CAME TO WRITE THIS BOOK: Mike White 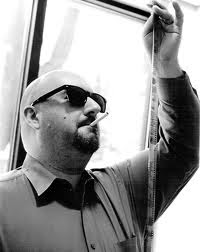 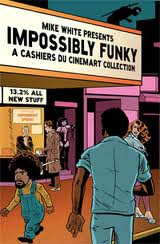 "How I came to write this book" - Mike White

I'm a lazy man. To get off my duff and do anything takes quite a lot. Just as a confluence of events got me writing a zine, another series got the book Impossibly Funky on track. I had a great distribution network for my zine, Cashiers du Cinemart. My best distributor had to be Tower Records. The guy in charge of magazines, Clint Johns -- a prince among men -- asked me to put together a book proposal for a collection of articles. And the rest is history. Oh, wait... The economy imploded and by the time I turned in the proposal, Tower had filed Chapter 11. However, the seed had been planted.

The economy continued to circle the toilet while I worked on what would ultimately become my final issue. It wasn't until I tried to get that one out to the masses that I realized how many stores I used to deal with had closed up shop. I pulled the plug on the zine but still wanted to give one last hurrah. I won't go into how smart it is to put out a book in this economic climate. I
plunged headfirst into crafting a compilation of articles.

I sat down with two friends, Mike Thompson and Lori Hubbard-Higgins. Mike had been with me from the beginning, we were old college buddies. Lori had read all of the old issues.
The three of us met over a list of everything that had ever run in the zine. They volunteered their favorite pieces while I did the same. By the end of a long evening of coffee and weepy
reminiscences (we all had coffee, only I did the weeping) we had a workable list that was pared down until we got to a place that wouldn't result in an insane amount of pages. Additionally, we
picked authors with whom I could still get in contact. Some people have fallen off the face of the earth. I wanted to get sign-off to reprint their stuff and didn't want to chase some author around
for permission.

I wanted to make the book a good investment for people who may have been foolish enough to have read all of the original issues by updating some articles, combining and streamlining others. I also added quite a bit of new material: a couple interviews and articles that had never been published. Thus, the "13.2% New Stuff" emblazoned on the cover. It's fuzzy math, to be sure, but we can all pretend it's accurate.

And then the publishing process began... but that's a whole other story.

Mike White founded the zine on which this book was based: Cashiers du Cinemart. You can find him here.
Posted by pattinase (abbott) at 7:00 AM

My book Write with Fire came out of articles I did for my blog as well as a bunch of column stuff I did. It's a good way to generate a fair amount of material


Mike - Thanks for sharing the way your blogs were the basis for your writing. I'm probably going to use my blog for a book, and you've reminded me that I can do that.

Mike- That was a cool post and entertaining to read. Gotta remember this one,for future use.

The economy continued to circle the toilet.

I whole-heartedly approve of laziness. It is the cornerstone of my work ethic. Also repurposing: it's green to recycle!

In that vein I should mention, Patti, that my episode for Le Ronde, "Provocateur" has been accepted for publication :-) Thanks for inspiring me to write it.

That is so cool, Kate. Tell me where and when and I will share the news.

It will be in the next issue of Kippis!. Not sure when it comes out, but it goes to press Monday (LOL, they said I had to have a bio to them before then).