HOW I CAME TO WRITE THIS BOOK: Joelle Charbonneau 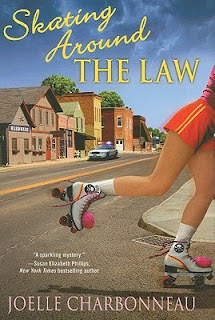 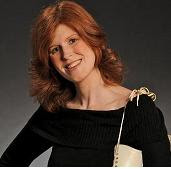 SKATING AROUND THE LAW is Joelle Charbonneau's first novel.

How I came to write the book

My first career choice was a stage performer. Yeah – I know how to pick the stable careers, don’t I? Musical theater, opera, operetta, children’s theater – I liked them all. Somebody wrote lines and music, I memorized them and the story came to life on the stage. Then coming home one day from a performance I had an idea for the opening line of a book. I’d always been an avid reader, but had never written anything longer than a term paper. I have no idea why I decided to write that book. But I did and while no one will ever read it (and trust me – no one ever should), I learned I liked to write and decided to try it again.

Several books later I attended a writing conference and ended up seated at the bar– because that is what one does at writing conferences. I was seated with a couple of writer friends and an agent who was attending the conference. For whatever reason, my performing career became the topic of conversation and someone at the table asked if my parents were performers.

My answer was “No, but my mother is a world champion artistic roller skater.”

Everyone looked at me as if I’d just hit them upside the head with a dead fish. The agent was the first to recover. She looked at me with a smile and said “You should write a roller skating book.”

We all laughed and the conversation moved onto other things. There was no way I was going to write a roller skating book.

Ten days later, I wrote the first chapter of Skating Around the Law. It just goes to show you never know where the idea for your next book is going to come from. I certainly don’t.

This is Joelle's first novel. A second book in the series will be published in September, 2011.

Patti - Thanks for hosting Joelle.


Joelle - I just love the way you took your own experiences, took advantage of serendipity and plunged in. Good for you!! I wish you much success with Skating Around the Law

I am less that 100 pages from the end of this most entertaining book. The joy and vibrancy of the first-person narrator makes me chuckle every time I pick up the book. And, even this close to the end, I *still* don't know who did it (although I have an idea...).

September you say? Dang. Why must ye make us wait?!

Hilarious. Where ideas come from and how they cling like burrs until they start to sprout.

Ha! Yeah, amazing how a chance remark can unlock an idea.

I stopped saying I´ll never... when I had worked as a farmer, got my first teaching job and got involved in politics. Three things I´d vowed never to do.

Margot - thanks for the kudos for plunging in. Many people would say that trait of mine gets me into big trouble.

Scott - I am so glad you are enjoying the book!!! You have no idea how happy that makes me.

Charles and K.A. - It still makes me laugh to think about where the idea came from. The camel in the book was inspired much the same way. You just never know where an idea will hit you.

Dorte - I want to know how you ended up in those three careers. That sounds like a fabulous story!!

Thanks, Joelle, for sharing this terrific story. Life is full of surprises, which makes it so interesting :-)

Kathleen - Life is full of surprises. Some of the best ones have been finding amazing friends like you on twitter and facebook and learning you are just as wonderful in real life.

Oh, thank you, Joelle ~ you are pretty amazing yourself! I'm so touched by your comments...it was such a pleasure to meet you in NYC and to see you again in San Fran ~ it was marvelous! I'm so happy for you and the success of your novel. I'm so glad we've met ~ online & in person :-)