HOW I CAME TO WRITE THIS BOOK: DICK ADLER 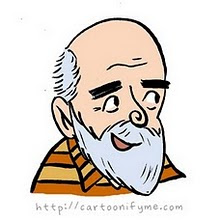 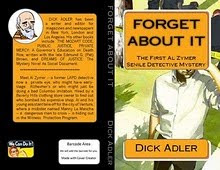 I guess I began with the title from watching THE SOPRANOS. Then came the invention of Al Zymer. After a lot of research, I realized that it had to be funny -- a serious novel about Alzheimer's would be too painful to read or write. Mordecai Richler did it well in BARNEY'S VERSION, but I'm not him (though we did play poker in London). And it had to be a mystery: that's what I know and mostly read.

And I'm also blessed/cursed with a punster's pain -- so Manny LaMancha was born. The idea of serialization on my own blog came when I realized that writers from Dickens to Hammett needed the deadline to keep them focused.

DICK ADLER has won the Ellen Nehr Award, given annually by the American Crime Writers League to the best mystery reviewer, and has been a judge on the crime panel for the Los Angeles Times Book Awards. His books include a novel, THE MOZART CODE, and several non-fiction works, including PUBLIC JUSTICE, PRIVATE MERCY: A Governor's Education on Death Row, with Edmund G. (Pat) Brown.

Dick's serialization can be found on his blog.

Patti - Thanks for hosting Dick.

Dick - Thanks for sharing your story. I love it that you used that line from The Sopranos (always liked that show). I admire authors who can weave different elements (mystery, humour, serious discussion) into their novels; I think it's terrific that you did that.

I've had some stuff serialized. It's always a cool kind of challenge.

Thanks to Patti and all great commentors -- you've made my week, and it's only Monday