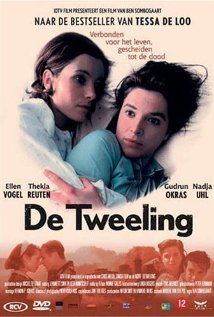 After the girls' father dies, Lote and Anya are left alone at the mercy of relatives who separate them. Lotte and Anna go through life, not knowing, at times, about one another, and spend most of their lives apart. Anna is raised as a mentally defective child although this is only to privilege her caretakers with an unpaid servant.

Lotte fares better. She was a frail girl growing up and her relatives dote on her since they regard her as an invalid. Lotte writes to Anna letters during the first years of being apart, but those letters are never sent.

The other encounter of the sisters occur too late in life. Lotte, who when first visits Anna at the place where she is employed as a maid, by a wealthy Nazi sympathizer, is appalled by the way Anna has turned out to be an anti Semite. This puts a barrier between them not to be broken until both are too old and too stubborn to recognize how wrong they both have been about the past. Their last reunion is a bitter experience, especially for Anna, who is in poor health.

This excellent Dutch film directed by Ben Sombogaart, is based on a novel by Tessa DeLoo, which was published in this country as "Twins", gets a magnificent treatment in a lavish production that covers several decades. The action is set in Holland and in Germany.

The film shows a talented director, Ben Bombogaart, doing an excellent job in this richly layered tale of sisterly love and missed opportunities. Heartbreaking but all too convincing.
Posted by pattinase (abbott) at 8:30 AM

This sounds intriguing. European films seem to take more risks in their storytelling than American film. Too often, American directors just want to blow something up.

Thanks for that - never heard of it (which is actually a nice feeling, for a change)

Have not heard of it but it sounds interesting.

What an interesting-sounding film, Patti! Really thoughtful, too.