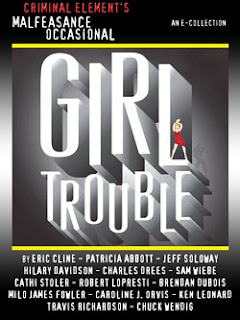 As a 1972 model h. sapien, I have spent roughly half my life pre-internet and half post-internet (as of...NOW).  I use the technology happily and frequently, but I still have enough perspective to look at some of our toys with a certain detachment.
One morning, I was the last person to get on the bus.  A young woman who had a seat saw an older, fatter person carrying both a laptop bag and a lunchbox, and offered me her seat.  I protested, but she politely insisted, and I took it, with much gratitude.  She stood in the aisle in front of me during the ride.  She was on her smart phone during the entire time, using the Facebook app.  As I watched, for a 20 minute ride, she simply hit like, like, like, scrolled, hit like, like, like, scrolled, etc.
I was a bit appalled, because here was a very nice, polite young lady, intelligent and with good moral values (from all that I could see), who was reduced to a carpal-tunnel-risking adjunct of a Facebook app.  (Yeah, yeah, she could have been having the greatest time in the world doing that, but I made a superficial judgment at that time.  Besides, since I've established my own Facebook account, I've seen the Tyranny of the Clicks up close.)
The wheels started turning, and I thought of all of the ways people could trust technology too much.  At first it suggested the "Cautionary Tale" science fiction story (I've been published in that genre), but then I thought, "what if the one beguiled by the technology isn't a good person?  The 'Just Desserts' story....?"  I dropped the science fiction angle.  Instead, it would be a crook who trusted in his own IT prowess too much.  No doubt, I was influenced by any number of those news stories about loss of privacy on the internet and identity theft.
Then, one day, starting a new story, I wrote the line: "The woman who fired me has a lovely daughter."
All of which goes to show that the final story can run far afield from the original inspiration.

Eric Cline was born in Independence, Missouri, a city saturated with memories of and monuments to President Harry S. Truman. It was in an Independence thrift store that Eric’s mom purchased him children’s science fiction books by “Paul French,” a.k.a. Isaac Asimov. Eric went on to devour all of the books in the Mid-Continent Public Library. Eric holds bachelor’s and master’s degrees in English, and once considered teaching as a profession. He has waited tables at a total of three restaurants. He was at the last restaurant after he got his master’s degree, which gave him some indication of how well teaching would pay. He now works in an office and writes on evenings and weekends. After a fitful original attempt to write, Eric turned his attention to reading, work, and study, before returning to writing with a vengeance in 2007. He, his wife, and his three dogs live in Maryland
Posted by pattinase (abbott) at 7:00 AM

Patti - Thanks for hosting Eric.

Eric - Interesting isn't it how there is this divide between digital natives, like the young woman in the bus, and digital immigrants, like you and me. We do think differently. I also find it fascinating how that one scene in the bus inspired you. Thanks for sharing it.

Ideas can come from so many places. Idea mining!

Very nice blog, Thanks for sharing great article.
You are providing wonderful information, it is very useful to us.
Keep posting like this informative articles.
Thank you.

From: Field Engineer
Get to know about Telecommunications Equipment Installers and Repairers