HOW I CAME TO WRITE THIS BOOK: Thomas Pluck

First let me thank Patti for having me today. She's one of the crime writers who made me realize that I wrote crime fiction, when I read her excellent story "The Perfect Day," at All Due Respect.

My debut novel, Blade of Dishonor, begins when MMA fighter 'Rage Cage' Reeves returns from Afghanistan to find his WW2 vet grandfather embroiled in a centuries-old war between ninja and samurai over a treasured Japanese sword.

I hate when that happens.

I came to write this action-adventure tale when David Cranmer, editor of Beat to a Pulp, approached me with the idea of an MMA fighter tangling with a ninja clan over a sword. He had the basics, and the character's name: Reeves.

Just Reeves. An action movie premise. High concept. A drifter. I'd written a tale for David's magazine called "A Glutton for Punishment," where an MMA fighter's coach is trying to talk him out of taking a fight. It was well received. Heck, before the website crashed, there was a comment from Lawrence Block. (How I wish I'd taken a screenshot!)

I was in the middle of another novel, but David's idea kept poking at me. It needed to be written. I read up on famous Japanese swords, and found that the Honjo Masamune, the sword handed down to the Tokugawa shoguns, went missing in World War 2. That's a story, right there. With my background in mixed martial arts--I train in Kachin Bando, a Burmese form of boxing and grappling--and my great-uncle's tales of service in World War 2, my imagination went into overdrive.

When the wheels stopped turning, Reeves' grandfather Butch was a veteran of the Devil's Brigade, the 1st Special Service Force, a US-Canadian joint commando group who went head to head with the SS in the Italian Alps. Reeves was a drifter, and he needed a ride. He found Tara, a former ambulance driver with a hot-rod Toronado. And he had enemies: The Black Dragon Society, a real Japanese espionage organization that pulp historians will recognize.

It is a pulp tale of big characters with big emotions and lots of action, but it is based in fact and on real people. Fighters I knew in Japan, real war heroes, and the samurai and shadow warriors I grew up watching Kurosawa films and the baby cart movies.

Blade of Dishonor is available for Kindle and in Trade Paperback.
Part 1 is also available as a standalone novella for .99 cents on Kindle: The War Comes Home 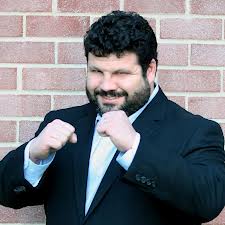 Tour de force by Tom. And, Damn, I can can see the film based on DISHONOR.

I'm going to see if I can find that Lawrence Block comment. I'd want to frame that myself.

Excellent. Gotta check this one out.

Patti - Thanks for hosting Tom.

Tom - Thanks for sharing the story behind your story. I'm really interested in what you say about the research you did, too - fascinating!

I've been telling everybody for a couple years now that Thomas Pluck was a byline to keep an eye out for --- BLADE OF DISHONOR proves (if his short stories weren't enough) my point!

I have the novella on my iPad and eagerly look forward to reading it after all the excellent interviews, like this one.

I can't believe this doesn't already have a movie deal. Seriously high concept.

Looking forward to carving out the time to read it. Congrats, Tom.

Patti, thanks for having him on your blog.