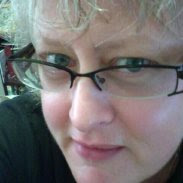 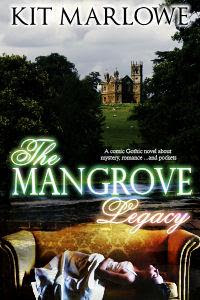 How I Came to Write this Book, K. A. Laity

In 2002, I moved to Houston, Texas with my then husband. I hadn't quite got around to finishing my dissertation, but I had finished a novel, which came out the following year months prior to my dissertation defence. Nonetheless I had managed to get that pearl of academic ambitions, a tenure-track job in my field, as had my husband. Reason to celebrate, surely. People told us, "You can never leave these jobs. Lightning will not strike twice."

My apologies to those who love Texas, but we hated it with a passion. First there was the humidity. I thought 100% humidity meant it was raining, but it just means you wish you would die. The whole of Houston seems to be paved from one end to the other, the better to facilitate the flooding that happens every time it rains, let alone in hurricanes. Enron, far from being an anomaly, is just "the way we do things here" I was told. In no time I had my fill of Texas chauvinism: apparently they invented everything first, then made it bigger and better than everyone else. I've never seen anyone with a Connecticut tattoo.

In all fairness, I must admit the food was good, so was the theatre and opera. We made some terrific friends, too.

But we were miserable. If you've taught a 4/4 job, you know what it's like to prep for four classes of 20-35 students every semester, grade all their assignments, hold office hours and then participate in all the administrative duties required of faculty members, especially junior faculty who need to impress if they are to be kept on (e.g. committee meetings, department meetings, lit journal, interdisciplinary groups, College Bowl).

Now multiply that by at least another 10% for the junior faculty member who wants to fill her CV with superb work so she can get a better job in a better location (cf. the Red Queen's conversation with Alice). People always ask me, "How do you get so much writing done?" Houston was my boot camp. I focused on the goal of getting out, but I feared that I would not be able to also keep up with my fiction writing, so after starting a blog in 2004, I also started another blog as a serial novel to amuse myself.

Initially it had no name. The first line of the novel hearkens back to a running joke from grad school. I moved to eastern Connecticut AKA "the Quiet Corner" from Boston, which became our getaway-from-grad-school destination. My friends and I used to compose a faux 18th century epistolary novel on the 90 minute drive, complete with an elaborate slate of characters including the stable hand, Dick Spiggot, who did make it into the novel, too.

The rest of the story unfurled in entirely unplanned ways at the pace of about 500 words a week, every Sunday. As Octavia Butler teaches, persistence is the key to completing a writing project. Almost painlessly I persisted: occasionally I missed a week and offered some outlandish excuse like brain fever or kidnapping by pirates or highwaymen for the absence, but mostly it crept along with the only aim amusing myself and the initially small group of folks who followed the silly and sometimes surrealist Gothic adventures of Alice and Lizzie. I ran a contest to name the story and had some terrific entries. When TextNovel launched, I started posting episodes there as well.

By the time I'd got a new job, moved to New York and published a short story collection (so much for not writing fiction), I realised I had a novel's worth of material—a rather substantial novel's worth of material (100K). I knew it was a bit off-kilter for traditional genres, but my pal Stella Price, artist and writer, urged me to submit it to her publisher. Tease Publishing accepted it almost immediately. I had a fabulous cover designed by Stella before I got the first round of edits from Tease, which helped me start the publicity process. The nom de plume started as a joke, but now I'm rather fond of it. I even made a book trailer for Kit.

So, I recommend the lazy way to write a novel, as long as you have the patience. On the other hand, I have written a novel in ten weeks, so it can be done. I've also begun a new serial, Airships & Alchemy, that's likely to be just as silly as The Mangrove Legacy. I seem to like that sort of thing. And I still have way too many things going on all the time despite getting tenure this past year, because I have ambitions beyond academia. Audaces fortuna iuvat.

Kate is the author of Pelzmantel (Immanion Press, 2010) & Unikirja (Aino Press, 2009), a collection of short stories based on the Kalevala, Kanteletar, and other Finnish myths and legends, for which she won the 2005 Eureka Short Story Fellowship and a 2006 Finlandia Foundation grant, as well as other stories and essays

Patti - Thanks for hosting Kate.

Kate - Thanks so much for sharing your story. I come from an academic background, too, so it was especially good to read about your journey...

Patti, thanks for having me! Margot, thanks for your comment. Academia is a double edged sword (she says from her office, working on syllabuses on the holiday). There is a certain cohort of my colleagues who sneer at much of what I write; writing for money! Perish the thought. However, there are also a good number (not surprisingly, the ones I actually like) who are quire supportive of me under all my names.

Er, "quite" that ought to have been. More tea!

I think that one of the things I like about your work I've seen is that you can't contain yourself withing the "expected" "genre" "confines" even when you try to do so.

The Muse, quite properly, says in its charming way, "[Copulate] that [excrement]." And you, whether you shake your fist or not, take the subtle hint.

I haven't looked at the new one (AIRSHIPS) yet, but it sounds a bit Lansdalean...which reminds me to note that Miz Doktor Kate is also a comics scripter...whose primary character in that wise so far, Jane Quiet, has enough of a fanbase to have the latter post wardrobe hints so that, you, too, can Dress Quietly...

(As a former Hazardville, CT and Boston area resident, I never had thought of NE CT as the Quiet Corner...not too many women dressed like Jane, certainly...but when I lived there, I was mostly engaged in trying not to get beaten up by high-school kids and sometimes ineffectually stopping my friends from getting beaten up by older kids...and reading [and reading and reading and listening to spoken word records and reading] and beginning to write...)

Todd, that inability to stick to genre conventions seems to keep my poised for obscurity, but thanks.

And Jane Quiet is in prologue mode, gearing up for the official relaunch on Friday (no, I didn't pay Todd for that PR, but maybe I should).

So, should I curb my natural tendency to sprawl if I want to sell more books? More discipline for Kate!

Well, let's put it this way...even the folks who don't write all (too often) that well but sell like crazy, usually color outside the lines:

Hell, even the consistently good writers who have managed to lodge themselves on the bestseller lists: Leonard, Lansdale (not all bestseller lists are in the US), Attanasio (likewise)...

While the rule-followers are well-known as the Vanishing Midlist, for the Vastly Most Part.

Texas is not bad, but living IN Houston. Now taht I couldn't handle.

I love this account, and wish Ms Laity the best. I keep wanting to give Texas back to Mexico, or at least require Texans to have passports or visas or green cards to enter the United States.

@Richard -- LOL! Yeah, every time I heard a Texan say "We were our own country once and we could be again!" I say "Yes, please!" and "No, we won't be offering you any of financial aid you'll need because you have no infrastructure."

@Charles -- my folks lived in the Hill Country for years and I have cousins who lived in Dallas for many years. Texas and I are just oil and water.

@Todd -- I have illusions of changing my style all the time, though I am certain you will guess "But I shall stay the way I am, / Because I do not give a damn."

Love the part about your work on syllabuses (or is it syllabi?). Our classes start tomorrow. Our enrollment is through the roof (no jobs so school becomes the next option).

It's Greek, so I refuse to use the Latin plural. There's a whole website on that somewhere. I got the syllabuses done at least, but not the calenders on line. I think the economy saved us, too, as we're not an inexpensive college -- and we're wholly dependent on tuition, too.

Our classes start tomorrow but I teach M/W so I have another day's respite to catch up. Whew. I need it.

Entertaining and inspiring as always!