How I Came to Write This Book: John McFetridge 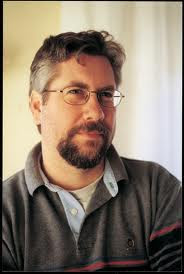 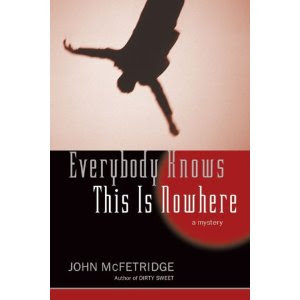 I think it was a member of The Eagles who said that you spend ten years in a band learning songs, playing gigs, touring, refining your sound and when you get a chance to make a record you take the best from all that.

And then you have six months to make another record.

I spent years writing short stories and screenplays and a couple of novels that never saw the light of day (my version of touring) and then took the best of all that for my first novel, Dirty Sweet.

And then I had six months to write another book.

Well, I suppose I could have taken a lot longer than that but after trying to get something published for over twenty years when I finally did I wanted to keep the momentum going.

And I was in my mid-forties and thinking about something from another band, Canada’s Tragically Hip, “No dress rehearsal, this is our life.” It’s a sentiment I’ve heard a few times, how do we know when our lives really start? We have no real rite of passage into adulthood anymore, we just kind of slide into it. Well, it’s gotta be by 45, right?

I was looking around at my life and liking it a lot and wondering, how did I get here? I certainly hadn’t followed any kind of plan or design.

I thought that was something worth exploring, how do people end up where they do?

Another musician, Niel Young, provided a great title, “Everybody Knows This Is Nowhere.”

I like to be as direct as possible in my writing, so the first page in the book is from the point of view of a young prostitute wondering how she ended up where she is in her life as she gets into a customer’s car.

And then a body falls from the roof of an apartment building and lands on the windshield.

From there I just moved outward finding new characters that were all at a point in their life where they’d never expected to be; a detective coming back from leave after his wife died, the captain of a laker frieghter fighting bankruptcy by selling a little marijuana, a woman running a grow-op in the apartment building, a biker taking his gang to a new level in a new city, an illegal immigrant woman working in a massage parlour and so on.

The book could probably have used another nine years of gestation, but I do think it captures how I was feeling at the time and might get you thinking about how you ended up wherever you are.

John is also the author of LET IT RIDE and DIRTY SWEET. You can find him at Do Some Damage as well as his own blog.

You got me at:

so the first page in the book is from the point of view of a young prostitute wondering how she ended up where she is in her life as she gets into a customer’s car.

John's discussion also reminded me of "Once in a Lifetime" by Talking Heads.

Brownian motion, brown studies...but that's just my life. Thanks for sharing, John...and that is a fine hook for a novel...

Good questions all. How do we know when our lives start. by the time I'd gotten my first book published I had another one and a half written so that was helpful. Since then I've been pretty slow getting 'em done.

Be interesting to poll writers on how influential music is to their writing. Not just background music but their muse.

Very inspiring. I always love these type of features. "Let it Ride" was a tremendous read.

As far as music is concerned, it is by far the most important facet associated with my writing, and life in general.

Patti - Thanks for hosting John.


John - I think that those questions about how we get where we are and what it all means are some of the most interesting questions there are. I admire you for putting them into a book. And I love it that you got your inspiration from music.

My next novel takes its title from a Robyn Hitchcock song; my pseudonymous double has a story entitled "Love Me Like a Reptile" and I have a comic short called "Tangled Up in Some Sort of Cerulean Hue." I think next to classic British Comedy music provides the most inspiration for writing for me.

Fascinating insight, especially as I am one nearing my mid 40s...

How do people end up where they do - funny, but that could also have been an introduction to the Håkan Nesser novel I finished an hour ago. A great starting point, it seems.

Every birthday I have that same thought. I love book hooks and a young prostitute wondering how she got there is a great start.
Some days I wonder what I will do when I grow up - and I am 62 now!

Wow, I'm glad this book's sitting in my to-read pile right now. You had me at "lake freighter captain." Looking forward to cracking it open.