"How I Came TO Write this Book" Hilary Davidson 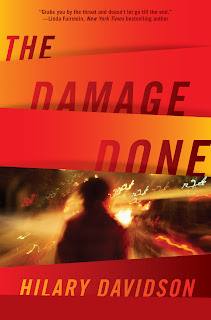 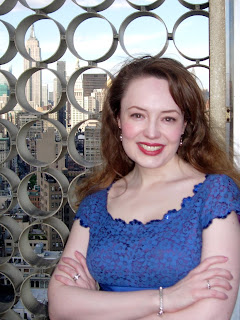 HOW I CAME TO WRITE THIS BOOK: Hilary Davidson

Several years ago, I went to a travel writing conference and met a journalist who made a powerful impression on me. She had just come back from a cruise in China, and had been in Brazil, Argentina, and Australia the month before that. Over late-night drinks at the hotel bar, I told her that she was living my dream life, but that I’d tried doing it and hadn’t been able to put up with public relations people controlling my schedule, falling behind on my non-travel assignments, and the loneliness of being away from my husband for long stretches of time.

“If I had to stay home, I would kill myself,” she told me. Bits of her life spilled out: her difficult relationship with her husband, whom she hated but couldn’t imagine divorcing; the debt that was crushing them; her relatives and their nagging demands on her. Life on the road, moving from place to place, was the only thing keeping her life together, or at least that was how she felt about it.

That conversation came back to me when I started writing THE DAMAGE DONE. I knew that the novel’s main character, Lily, had a troubled past and a painful relationship with her sister. At the outset, I had Lily returning to New York after being away for months without explaining where she’d been or what she did for a living. I remembered that conversation, and realized travel writer would be a perfect fit. Lily is something of an overachieving “good girl,” and it’s tough for her to be completely honest, even with herself, about how much she hates being responsible for her sister, who has always been the wild one in the family.

The more I thought about Lily’s need to escape harsh realities, the more that desire fleshed out the character and her background. I wondered what her escape valve had been when she was growing up, and that was where old films came in. Lily wasn’t the kind of person who would run away from her troubled home, but I could picture her losing herself in old films and craving the glamour of the past. That, in turn, created Lily’s love of vintage clothing and style. It also shaped her romantic life to some extent, particularly her refusal to see certain men for what they are, especially if they fill the mold of hero that’s been cast in her mind. I started to see a pattern with Lily, where she would let herself be overburdened for a time, but then she would crack under the strain and need to escape. There’s a kind of restlessness in her that never lets her fully be in one place. Understanding that was key to writing the book.

Hilary Davidson is the author of THE DAMAGE DONE (Forge, 2010). Her second novel, THE NEXT ONE TO FALL, will be published by Forge later this year.

I love these type of posts and find them very fascinating in an Inside The Actors Studio type of way. The Damage Done is def on my list to read in the near future.

really great insight into the workings behind character and story. Very revealing.

Patti - Thanks for hosting Hilary.


Hilary - Thanks for sharing your story. Isn't it fascinating how people we meet can inspire us to think about characters and what they might be like? Thank you for sharing your writing journey.

Bought (kindle version)! Reading The Finkler Question now ... Damage Done up next ... look forward to it.

I reserved the Finkler Question at the library. Hilary's book is very well done and engrossing.

Thanks for hosting Hilary today, Patti.

I agree with the above comments ~ it's always fascinating to find out how a character develops, and especially her motivation, etc. Thanks, Hilary, for sharing with us how you came to shape Lily.

Funny how often our "dream life" looks less appealing when we see someone else living it. Wonderful story, Hilary.

Patti, thanks so much for having me on your blog today! I've been fascinated by the "How I Came to Write This Book" posts that other writers have shared here. I love it when people lift the curtain on the mysterious process of writing a book. Also, my thanks to everyone who's stopped by!

Delighted to have you. Can't wait for the second book.

Love the insight, Hilary. Thanks for sharing your process!