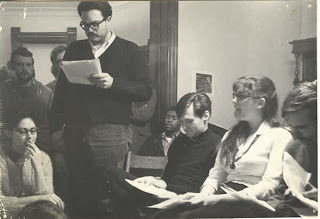 John Sinclair reading at WSU in the 1960s.

It is difficult to sum up John Sinclair and his place in the Detroit's sixties-seventies art, writing, and activist scene in a short web post. 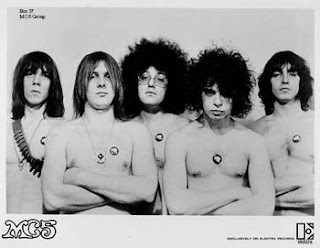 John Sinclair was born in 1941 in Flint. He dropped out of graduate school at Wayne State Unive 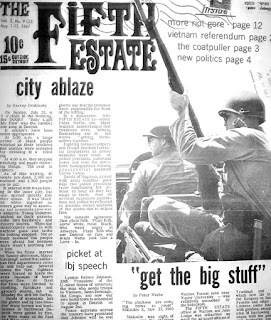 rsity to become an integral part of the local jazz and poetry community, founding the Detroit Artists' Workshop. The group produced a huge number of concerts, readings, books, etc, putting Detroit on the map creatively in the sixties.

He managed a band (MC5). He helped organized the FIFTH ESTATE, a counter culture newspaper that still exists. It is impossible to list here all of the publications, groups, concerts, communes, etc. Sinclair led or was involved with. He became particularly active in the music scene, believing this was the most effective way to influence the country's youth in sixties' causes. He organized the White Panther Party in 1968, a group demanding economic and cultural freedom and fashioned along the lines of the Black Panthers.

Drugs, of course, were 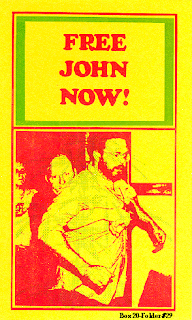 a big part of the counter-culture and Sinclair ran into repeated trouble with the police for his drug use (pot). In July 1969, Sinclair was sentenced to prison for ten years when he offered an undercover cop a joint. In prison, he wrote Guitar Army and published prolifically. He began his lifelong interest in prison reform.

After two years in prison, a huge demonstration on his behalf called the Free John Now Rally was headlined by John Lennon and Yoko Ono. Fifteen thousand people attended the event in Ann Arbor's Chrysler Arena. Three days later, the Michigan Supreme Court, on its own volition, overturned his conviction, reaffirming Sinclair's contention that the state laws regarding marijuana use were unconstitutional and void.

John Sinclair is a sought after performance poet thirty years later. In 2005, he founded Radio Free Amsterdam, an experimental internet radio station (http://radiofreeamsterdam.com
He shows up on the station every Monday for his personal podcast from various locations.

In 2008, he became editor-in-chief on the anthology series Headpress. He continues to perform regularly, marking the Obama in 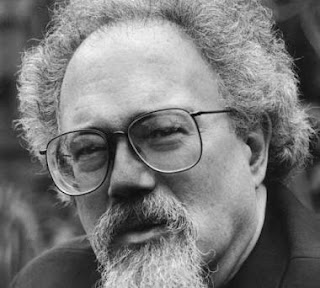 auguration by performing a series of poems accompanied by a live bad at Cafe OTO in London.

A documentary 20 to LIFE: THE LIFE AND TIMES OF JOHN SINCLAIR recounts the events of his life. His radio show can be found here.

And his website here. John Sinclair is a Detroit original.

Tribe reminds me that annual Ann Arbor Hash Bash began due to John's interment. Also there is apparently a documentary about MC5 available.

(Thanks to Woody Haut for reminding me of John Sinclair. Please correct anything I got wrong.)

One thing interesting to note here and already evident from the comments, you will find as many nay-sayers in Detroit about Sinclair and his accomplishments as proponents--much like Michael Moore or even Tom Hayden. But he's an interesting fellow and worth remembering as a Detroiter.

As always, check out more My Town Monday posts at the site of new home owner, Travis Erwin.
Posted by pattinase (abbott) at 10:00 PM

The annual Ann Arbor Hash Bash started as a result of Sinclair's arrest.

Thanks for this trip down history lane, Patti. I had heard of the White Panther Group so many years ago, and this brought it back to mind.

steve on the slow train said...

Thank you for this portrait of John Sinclair. I'm working on a novel that includes scenes at the August, 1968 "Festival of Life" in Chicago. MC5 was just about the only group that showed up at Lincoln Park for the festival.

How interesting. MTM posts are wonderful!

My John Sinclair connection is very tangental... his daughter went to my high school at the at the same time I did. I didn't know her and I don't recall seeing him a school functions.... however a couple of years back we were having dinner with my mom, and she out of no where says, yeah Leni Sinclare (his ex wife) was one of the Motor City Midwives that delivered your sister. My brother and I just looked at her in a stunned silence and she said, they were at a show in Ann Arbor had gone home and then had to come back to deliver my sister. We have tried to back track the show, but no luck. the Ramones played a week later in Ann Arbor so it wasn't them.. BTW if you get a chance to see the MC5 Doc that was made a couple of years back it's an amazing film.

Not long ago John Sinclair performed at The Beat Cafe (formerly Motor City Joes) on Hoover near 12. I got the impression that he may be returning to the area on a more regular basis.

What a rich and interesting time it was! Thank you for a look back. I'm off to check out the links.

I enjoyed reading this post-- I learn so much from these MTM posts.

I'm going to see if I can find that MC5 Documentary.

Thanks for that - I've heard the Lennon song a million times but never knew the facts behind it.

John Sinclair was a lot like Abbie Hoffman. His only real talent was in self promotion. I was in a band in the late 60's and played on bills with some of his managed groups and found him a very unpleasant person to deal with. And the less said about his "poetry" the better.

No corrections after a quick skim, but perhaps a refinement...FIFTH ESTATE has been for most of its run a proudly anti-tech anarchist paper, as contentious as any voice in the anarchist press.

Somewhere there's a cassette of my brother, on his then new fretless bass guitar, and me doing the vocal, recording a piss-take on "Kick Out the Jams," which is made by my mother walking down to join us in the basement while the tape is still rolling, and instructing us, "Stop that right now...and don't ever do that again."

I don't know too much about him. Thanks for the info. I've heard the name, of course. Interesting sort of fellow it sounds like. A renaissance man of sorts.

Great post. Love him or hate him, every city needs a John Sinclair just to keep things interesting.

The MC5 doc is called MC5 documentary, "A True Tesimonial" and hasn't been released on DVD yet, there is a lot of Sinclair in the early part of the film.

Mr Sinclair is a top man, indeed. I heard that there was a branch of the white panthers in wales.

Beat Cafe, huh. I live about ten minutes from there. Have to check it out. I'm going to check out you tube for MC5. Did you see it on VCR, Iren. I'd like to see them. We didn't get to Detroit until 1970 and although I've seen Sinclair perform, not the rest.