Here's one for the science fiction readers. 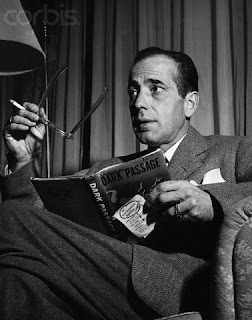 
Perhaps it's because I saw an evocation of the apocalyptic world of modern Naples in GOMORRAH last night (great film, incredibly depressing) but I woke up today wondering if any writer had ever presented a post-apocalyptic world resulting from economic collapse. It seems to me that writers usually envision war, plague, environmental disaster, invasion from outer space, mutant species evolving. But surely some writer must have blamed their brave new world on economic collapse. Can you think of any?
Posted by pattinase (abbott) at 8:59 AM

I loved GOMORRAH. Everyone I know who had seen the movie was underwhelmed, or outright disliked it, but I thought it was really well done. Even a sense of humor (albeit a dark one, but that's ok with me).

I would put my reaction closer to admired, amazed at, pummelled. I think it might have been a more fulsome experience though if there had been more than the one tailor to root for. I know that was the point of it, but somehow I found the lack of more fully explored characters got to me. Otherwise it functions as a documentary even if it's acted. But would I recommend it? Absolutely.

You make a good point about the post-ap based on Economic collapse. I can't think of one where that alone led to the destruction of civilization. Maybe it's time.

There you go, Charles. I pass it on to you.

Mad Max, the first film at least, painted a world that seemed to have crumbled for econimic reasons. If you look at the police department that Max works for it seems like it's the last element of a governemnt left, and it's pretty ragged by the time we see it. In later films they add the war element to the mix. Otherwise I can't think of any others where there isn't something else that causes society to fall.

Patti: Richard Morgan's MARKET FORCES, I believe, fits the bill nicely. While there isn't a complete "apocalypse" per se, the dire economic horrors are frightening and realistic. This is my favorite of his.

Thanks. Haven't seen MAD MAX since it was at the theater. I'll look into MARKET FORCE if it doesn't look too scary.

It Ran Down is actually not too uncommon a trope in sf, but it usually isn't as flashy a means of Big Change as the quicker world-changing you cite. Brunner is a good guy to look to, and Frederik Pohl, with and without collaborators, often would explore this kind of future (usually compoounded by degrees with the other problems) for satiric purposes...THE SPACE MERCHANTS, "The Midas Plague," and such deal with Earths in the throes of run-down societies (or those trembling on the verge of same), even as Pohl's collaborator Cyril Kornbluth likewise explored run-down societies, most famously in his genetic-drift society story "The Marching Morons." One of the most vivid and believeable of It Ran Down societies in fiction I recall is the recently late Thomas Disch's ON WINGS OF SONG. Less devastatingly, there was THE CRASH OF '79. Ron Goulart, that guy who's also a crime fiction and fantasy/horror fiction writer, has also had a sizable amount of his career devoted to It Ran Down sf.

Among the playful variations on economic manipulation plots is Mack Reynolds's "Compound Interest" and, more peripherally, Brian Aldiss's "Let's Be Frank." As I recall, neither are apocalyptic.

Playful sounds good about now. I can almost envision Wall Street functioning as the mafia though--as happens in GOMORRAH or Naples.

I'm not a big science fiction reader so I'm glad some other readers had good suggestions for you. The Grapes of Wrath isn't science fiction, but it's a pretty bleak (and accurate) picture of the consequences of economic collapse. The book is brilliant and the movie version starring Henry Fonda is excellent also. I hadn't heard of Gomorrah until I read your post, but I'll have to check it out.

I haven't read Paul Erdman (who died some years ago), but he has a novel which does exactly that. It must be in the libraries - I think the book's title gives the idea away.

Patti, I have a Forgotten Book entry up already - I'll be away so I posted it beforehand.

GOMORRAH has had a plenty of positive reviews over here.

It seems he did several:

Oh, now I notice Todd already mentioned one of Erdman's book. (And he died only in 2007, not "some years" ago.)

I hadn't thought of Ayn Rand when I wrote this but she would fit the bill. Loved her novels as a teenager when I was attending an ultra-religious, right-wing school. Now I'd probably see them diffrently. I should take a look. Certainly she speaks to economic collapse but it came at the hands of the people she reveres-the financial institutions, who were set loose from any chains. IMHO.