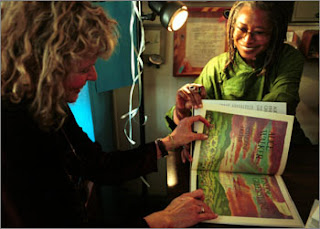 
Cullen Gallagher is a B

rooklyn, NY-based film critic and musician who spends way too much time reading old pulp mysteries and hanging out at his local diner where he has a dish named after him. Listen to his music at www.myspace.com/modernsilentcinema and visit his blog at www.pulpserenade.blogspot.com.

In the late 1930s and early 1940s, Jonathan Latimer wrote a series of screwball-hardboiled murder mysteries that were, for their time, decidedly amoral. Even now, there’s an edge to Latimer’s best work that remains undiminished some seventy years later. One can see the influence of Hammett’s The Thin Man, though Latimer’s world is far more zany, cruel, and perverse. Most of the books feature a private detective named Bill Crane who proceeds blindly in a drunken haze, more interested in debauchery than solving cases. While this makes for plenty of laughs, Latimer seems to go against the grain of most private detective novels, subverting some of their iconic principles. Most importantly, Crane is not a “hero” of any sort – he is the complete opposite of Chandler’s conception of Marlowe as a “white knight.” Crane has no moral or ethical agenda – he shows no concern for his clients, or any wish to right wrongs, or make the world a better place. Crime is a playground for Crane, and one gets the impression that he’s glad it exists.

Red Gardenias, published in 1939, is the fifth and final novel in the Crane series, as well as the weakest. The story is classic Latimer – Crane is called to Chicago by a wealthy family to prove that their son’s death was murder and not suicide. But Crane’s presence only seems to invite more trouble: robberies, accusations, and more seemingly “accidental” deaths. And the biggest mystery of all is that not only were all the bodies the victims of carbon monoxide poisoning, but that they all bore the same scent of gardenias. It is a promising premise, but Latimer seems to have run out of steam. Compared to the earlier books, the shenanigans are tame and the jokes more “miss” than “hit.” It just seems that the Crane character has run its course, and that after five books, there isn’t much more that Latimer can do with his character that he hasn’t done already. But if Crane was washed up, Latimer certainly wasn’t at all. In fact, his next book, Solomon’s Vineyard, would be his masterpiece. Crane would be no more, and in his place would be Karl Craven, the extreme manifestation of his predecessor whose hardboiled, perverse existentialism was so shocking that it couldn’t be printed in America unexpurgated until the 1980s.

While not his best, fans of Jonathan Latimer shouldn’t miss out on Red Gardenias, if only to watch the development of a writer and character. Those not familiar with Latimer should start with The Lady in the Morgue, The Dead Don’t Care, or Solomon’s Vineyard (the only one of his novels still in print).

Kaye Barley can be found hosting guest authors at Meanderings and Musings.

My all time very favorite book ever is a forgotten book that keeps coming backto life like the Phoenix. Published originally in 1966, reissued in the 80s,and about to be reissued again by The Chicago Review Press. But. It isn'treally a forgotten book. At least, not by anyone who ever read it. Its one ofthose books that once read, will become a book you'll push on all your friendsand insist they read. And one reading is never enough. I can't even begin toguess or remember how many times I've read it. Or how many copies I've boughtand given as gifts.FIVE SMOOTH STONES was wr

itten by Ann Fairbairn.The basic plot is a simple story of a young black child, David Champlin, beingraised by his grandparents in New Orleans in the 60s. Going on to college withthe help of an extraordinary man who befriends David’s grandfather, and thenDavid. And finally, belatedly joining the civil rights movement. The premisesounds pat, over-done, formulaic, and sappy. However this book is anything butsimple or formulaic or any of those other things. This is an exquisitelywritten powerful story about love, honor, relationships and the willingness tostand up for beliefs. The relationship between the elderly grandparents and theyoung boy is one of the most touching story lines ever written. While David isa memorable character, his grandfather is even more memorable. An indeliblecharacter who will wrap himself around your heart and once there, will livethere forever. As David's story progresses, we meet a host of some of the mostenduring characters found in literature. Friendships are formed and forged thatwill last a lifetime. We meet people who live honest, good lives with highmoral standards, never faltering in their beliefs, or in their willingness tofight for those beliefs, or in their deep abiding love and trust in one another,during one of the most turbulent, heart breaking periods of American history. And topping it all off is a love story that will break your heart, and then haveit soaring to the heavens. David Champlin and Sara Kent's story will neverleave you. I dislike using the word "powerful" while describing a book, 'causeI think its overused and therefore somewhat lacking as a true descriptor, but Ican't seem to come up with a word that works any better or even as well, sopowerful it is.I'm going to do something a little different here, and refer everyone readingthis to the reviews of FIVE SMOOTH STONES on amazon.com. -https://mirapointms3.wayne.edu/wm/mail/fetch.html?urlid=3011dba70f03a663e0dcd15bf6e6bbfc4&url=http%3A%2F%2Fwww.amazon.com%2FFive Smooth Stones Ann Fairbairn/dp/0899668054There are, as of this writing, 91 reviews. 85 of which were given Five Stars. They've been written over a time span of ten years, and most of the people doingthe reviews were people who did something I myself have done for years - seekthis book out in any form available to buy to give to someone they care about.It was a groundbreaking novel in 1966, but one which, I believe, has stood thetest of time, and done so quite elegantly. Ann Fairbairn, whose real name was Dorothy Tait, was born in Cambridge, MA andattended the Leland Powers School in Boston. She worked in newspapers,television and radio and as publicity director for music groups. "Five SmoothStones" (1966), a Literary Guild selection in 1967, won her an enthusiasticfollowing in the United States and abroad. She also wrote "That Man Cartwright"(1970), "Call Him George" (under the pseudonym Jay Allison Stuart in 1960), abiography about New Orleans jazz clarinetist George Lewis, and was in theprocess of writing a third novel at the time of her death. Fairbairn diedapparently of a heart attack at age 70 in February 1972 (from the Boston Globe11/14/1994). Not much information can be found about the life of this amazingwoman who's life was threatened after writing FIVE SMOOTH STONES under apseudonym. Oh my, how I wish she had lived long enough to have finished thatthird novel, and a fourth, and maybe even a fifth. I think she would have, overtime, joined the ranks of great writers. 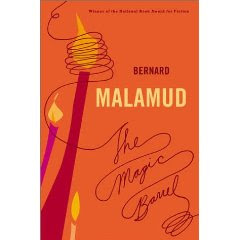 Malamud won the National Book Award fifty years ago for this volume. These 13 stories, mainly about first-generation Jewish immigrants in America, portray life in a community or country where one is an outsider---that feeling of not belonging permeates the text. Malamud's world is a difficult one-the view that someone steeped in religious life and particularly Jewish religious life post World War II is bound to have. The stories all feature male protagonists leading the life of an outsider and finding it hard. Religion is never very far from the plot. Moral obligation is nearby too.
In my youth, Malamud was paired with Roth and Bellow but his stock seems to have faded. This, along with THE NATURAL, THE FIXER, and THE ASSISTANT are all brilliant books. I hope they are not totally forgotten amongst younger readers.

lPaul D. Brazill-I was born in Hartlepool, England, forty-six years ago and have lived in 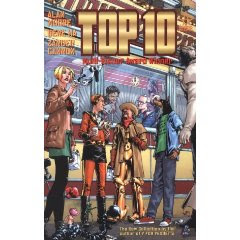 London and Warsaw. I left school at sixteen and have worked as an office clerk, a housing adviser and a shop assistant in a toy shop. I currently teach Business English. I’ve written songs which didn’t sell and a screenplay which was lost . I now live in Bydgoszcz, Poland and have recently had two stories accepted by Six Sentences. I blog in an ad hoc, slapdash fashion at http://pauldbrazill.blogspot.com/

Ed McBain’s 87th Precinct books, which kicked off in 1956 with Cop Hater , have had a strong influence on police procedural novels, films and television series alike. Steven Bochco’s Hill Street Blues, for example, was a television police drama that was first aired 1981 and ran for 146 episodes until 1987 and was almost a structural carbon copy of McBain’s books. The formula was followed by the hugely successful NYPD Blue and many other TV series.

The strangest addition of the 87th Precinct’s lineage, however, must be the hybrid that is maverick writer Alan Moore’s TOP 10 comic which ran from 1999 to 2001.

Like McBain’s novels, Top 10 details the work and day-to-day lives of the police force at one particular police station, in this case the 10th Precinct Police Station in Neopolis, a city in which everyone, from the police and criminals to civilians, children and pets, have super-powers.

One story involves the suspicious death of the member of a boy-band called Sidekix, whose hit single was Holy Broken Hearts, and other pop-culture in –jokes abound, including a clothing store called The Phonebooth and a nightclub called Godz where the Greek and Norse Gods hang out. Deadfellas is a story about vampire gangsters and of course The Invisible Man just has to be a sex pest.

Social issues such as corruption, slum housing and racism are also dealt with in Moore’s inimitable fashion and add to Top 10’s spiked cocktail of post-modernist fun which even those that don’t normally read comic books can enjoy.

THE MAGIC BARRELL was my first Malamud book. But I'm not a young reader, even though I was then.

"Behold the Key" in SHORT STORY INTERNATIONAL in 1978 and, I think it was, "The Magic Barrell" in Judith Merril's SF: THE YEAR'S BEST SCIENCE FICTION AND FANTASY for 1964, the tenth annual, which I read in 1978 (and which might be the best single volume of that ever-more eclectic anthology series) were the one-two enticement.

(Been sidelined with gall-bladder problesms)

Nope, it was Malamud's "The Jewbird" in the 9TH ANNUAL from Merril, which I read shortly thereafter.

The return of the marvelous TM. God, gall bladder! I hope you're feeling better.