HOW I CAME TO WRITE THIS BOOK: Chris LaTray 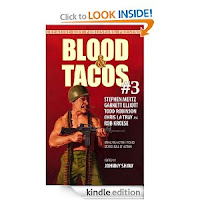 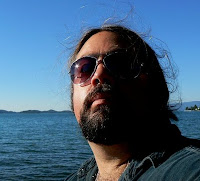 Chris - I'm glad you were able to find a way to channel those terrific story-memories of yours into your own writing. And I like the idea of adding in those little details that you remember from your own life.

This sounds irresistible, Chris. Memoir as pulp fiction. I'm guessing Adrian Louis would like it, and I hope you get a fan letter from him.

Sounds like fun for the readers as well as the writers. I liked those Destroyer books as well. Remo and Chiun. SUch a pair. and some of those have so much humor in them it is crazy.

Thanks for the comments!

@Margot: I like to try and look for little details in other authors's works to try and guess which ones are nuggets from their lives as well. I'm sure there are tons of them.

@Ron: Memoir as pulp fiction and gratuitous fantasy! Because as kids we all wanted to be superheroes from time to time, right?

@Charles: The humor was classic. That was half the problem with reading them in study hall, because I'd always crack up.