More of my life 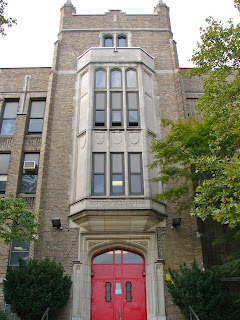 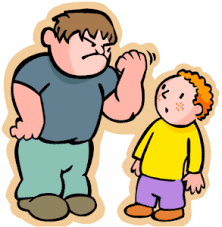 Just now I  googled the name of my childhood nemesis. His name is unusual enough that when an obit came up, I was sure it was Louis. Plus the picture bears more than a slight resemblance to the boy I knew in second grade. He grew up in Philly, served in Vietnam, and the weight he already carried at seven, grew. If I go to the website on Facebook for my elementary school, his name is treated with awe and shock. Read Jean Sheppard for the story of similar bullies in Indiana.

My elementary school, Samuel Pennypacker, was a good one.  My teachers were fine women, who a generation later, would be lawyers, doctors, accountants, professors. Coming from the generation before mine (at least) my teachers were secondary school teachers. They assumed we needed to know how to diagram a sentence, read novels like David Copperfield, and understand how to calculate distance, and interest and such.

In second grade, my teacher was Mrs. Birch. She was a fearsome woman who needed a few students to torture in class. Louis M. put me in that category by terrorizing me. Not too far into the semester, I began to suffer the insomnia that still plagues me today. His antics were dull, witless but effective. Following me home from school, letting doors slam in my face, tripping me, stealing my books were part of his game. I never understood why.

The school psychologist (and aren't you surprised they had one in 1955) suggested I read poetry. My parents dutifully bought a book of Poems for Children and I read them before trying to go to sleep each night. Still Mom and Dad would find me perched at the top of the steps when they climbed up. A second visit to the shrink netted the idea I would tell myself a story and this idea worked better than the first.  Perhaps it even made my years as a fiction writer possible.

After second grade, Louis and I parted ways. My fears would change to stray dogs, nuclear war, heights, girls who made fun of me for various reasons. But few of these things would ever have the power over me that Louis M. had. I wonder if he realized the power he wielded.

Was there a bully in your childhood?

Thanks for sharing your story, Patti. I think a lot of us have those memories of a nemesis. And they do wield a lot of power, don't they, whether they are aware of it or not...

I think he was aware of it, using his size to advantage.

Wow. Isn't it amazing how things like that can stick with you for your whole life, not just in general but in such specific detail? Yes, I had bullies, but nothing like that. My way of dealing was to not respond. If they couldn't get a rise out of me - and I was quite good at not showing any reaction - they got bored and moved on to something (or someone) else. It is partly why I have hated bullies like Trump ever since. People who pick on those who can't defend themselves - for whatever need they have to fill their own emptiness as in Trump's case or whatever other reason - are beneath contempt.

I hate to hear that you went through this.

Thanks, Jeff. I wonder if he ever came to regret his bullying. I always think of the Frasier episode where he recognizes his plumber as his former childhood bully.

There was a bully in our neighborhood, but he came to a Bad End by falling out of a Second Floor window.

I was bullied in Junior High School, but those were the days of "tracking" so all the smart kids were sent to the Senior High School after two years so I escaped them that way.

I don't spend much time thinking about the Past. I'm more focused on the Future and what needs to be done.

Never bullied. I was not big but I was taller than anyone else in school so I was left alone. I'm 6'2" but was 5'10" by the time I hit 7th grade. There were bullies in high school. Mostly members of the football team. But I was pretty much ignored.
I can't remember any of my teachers from school. And what became of my elementary school friends I don't know as I moved after 6th grade.

Nope, no bullies, or not that I remember. Sure sorry you had to go through it.

What needs to be done by you or by outside forces, George?
A little height would have helped me a lot. The women in my Thursday group wondered if he had a crush on me but I think not.

No bullies in elementary school. No real bullies in junior high school but it was that age where kids of both sexes were trying to come to grips with their insecurities and many of them -- boys and girls alike -- could be senselessly cruel to others as they tried to find their place in the social pecking order. In almost every case, I'm sure, this was done thoughtlessly without a real cruel intent. In high school, however, there was one kid, a senior when I was a freshman, who deliberately teased and harassed the younger and weaker kids. He seldom bothered me but I would stand back when he picked on others, thankful that he hadn't targeted me. That I did not stand up for the bullied back then is a shame that I still live with.

All of this is very interesting, Patti. I don't remember anyone bullying me, but I did make very good grades and was sent to an accelerated class outside of my neighborhood for the last four years of elementary school, so kids in my neighborhood, especially boys, would make fun of me about that.

I now realize that I can't remember what I read in childhood, including high school, but I can remember a lot of my teachers. My second grade teacher, and of course the one I had grades 5-8, and then several of my high school teachers. I remember the really good teachers and the ones that were especially demanding.

Fascinating. Terribly sorry this jerk had such a profound effect on your life, even if a little of it might've redounded to your benefit.

I faced literally dozens of bullies throughout my K-12 career, and at least one beforehand, though I've ?blocked out all memory of a kid in Fairbanks, Alaska named "Jimmer" of all things...my folks were amused by his lousy disposition. (I remember essentially nothing clearly before the age of 4yo...a nearly fatal fever at 3 might have something to do with that.) The native kids living in a nearly adjoining (catercorner back yards) lot, the girl my age (4) and her brother a year younger, and the developmentally disabled kid, perhaps 10yo, down the street with an enormous collection of Hot Wheels and Matchbox cars, them I remember. Then we moved to New England, by way of Oklahoma, in 1969...the first significant bully there was my first (of two) second-grade English teacher, who took an actually unbalanced hatred of me, would have screaming fits at a 7yo...she seemed to resent that I was able to read. She once disrupted a neighboring class to send me to the back of the room and fashion something out of clay, for looking momentarily at her homeroom class's art projects during a lecture. She disappeared the next day. Can't say I missed her.

New England really was a nest of hatred for young me, with some good and great friends to break up the monotony. Hitting 6' 1" by late 6th grade just made me target for the more obnoxious little psychos, and beginning in that fall in a new town in New Hampshire the more nasty jocks and burnouts, to "prove" themselves against. Since I wasn't too interested in fighting, particularly six or seven at a time. I only utterly lost control after provocation twice in NH, once each in 7th and 9th grades, and was not pleasant to a jock who had been attempting to trip me in a crowded hall and, later, to a burnout who thought it might be funny to spit on me. Strong adults pulled me off them, my blind rage, happily not too well trained (jock collapsed on the floor, burnout thrown into a wall until he was about to slump when I was pulled off, neither seriously hurt) having been temporarily sufficiently vented. Even at the private school in Honolulu I attended from '79-'82, where fighting led to expulsion, a JROTC clown in the Class of '81 kept trying to harass me into a fistfight, till I reported him to the Admin. (The kid who pulled a knife on me was actually trying to scare the kid who had just then hidden behind me, though I was unaware of this till I turned and saw the blade out and pointed at me--they, too, were '81 grads, eventually. Fun class.)

Glad so many of you did Not enjoy a similarly hostile environment. I have to wonder how rare my experience was.

Jerry--as someone who did stand up to bullies on occasion for others, when it went badly, there was the slight awkwardness (my friend Martin had a tediously regular bully who was several inches taller than me and at least 50 lbs heavier, when Martin and I were in 4th Grade, and he pummeled me when I stood up to him on a walk home...which left Martin still depressed about the bullying and also guilty about my crying while walking alongside him as we made the rest of our way to his family's house...the kids, particularly one older girl, who had been an audience for the the junior thug's attacks, at least seemed a little shamed. So, minor result.).

Todd Mason said...
This comment has been removed by the author.
9:34 AM

Patti--one has to wonder if marginal teachers were at one point/decade or so shunted into 2nd Grade classrooms for some reason.

Actually, I did have a savior of sorts. His name was Henry and he walked me home until the worst had past. Thanks, Henry. I remember his face but not his last name.