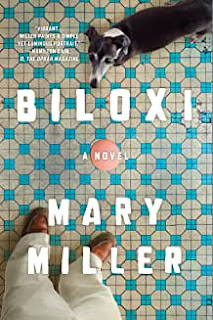 This was just published in May so it is more a neglected book than a forgotten one. I enjoyed it and found the protagonist a familiar character among people I know. Men of a certain age seem more cast in stone than either women or younger men. In his early sixties, Louis has lost his wife, his father, quit his job, and is teetering on estrangement from his daughter and granddaughter. He is waiting to find out what his inheritance from his father will be, believing the money will rescue him from his stasis, when a dog is thrust upon him.

For a dog to change a life, you'd expect to see some super-dog behavior, but Layla is just an ordinary dog. What she does succeed in doing for Louis is to give him someone to care for, to wonder about, to draw him out of his shell. The world seldom allows someone with a dog on a leash to pass by without comment.

Louis can be frustrating as a character. For instance, I never really understood his issues with his daughter. But we will not always understand either people in our life or people in a good book. Miller never leans too hard on the idea of a dog rescuing this man and that light touch and the excellent writing is what made this novel work for me.

Recommended for those who enjoy superb character studies with not a lot of action. Which is me.

BILOXI is one of the books Diane's BOOK CLUB is considering. I'll be sure Diane reads your fine review!

I do like books where the characters are well-defined and interesting, Patti. This one sounds worth exploring.

Intrigued, Patti. I'll check it out.