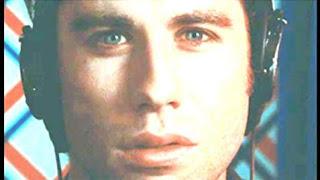 John Travolta is truly the best thing about this film because he acts with some belief in his role. Everyone else seems to be doing their own thing: Nancy Allen is channeling Marilyn Monroe, Dennis Frantz gives a lazy performance, John Lithgow is your run of the mill psycho. There is far too little emphasis put explaining the conspiracy and too much on watching Nancy Allen chase around.  It seems like at least three different movies are going on.

When a sound engineer captures a gunshot fired before an accident, he pursues the truth in what happened. De Palma is just not my kind of director. He wants you to notice his directorial choices too much. There was a good movie here but he buried it in excess. It should have been tight and instead it was sloppy. I know there are a lot of De Palma fans out there but I am not one.

In general, no, not a De Palma fan. He tried way too hard to do Hitchcock in several of his films, but failed every time. I did enjoy some of his early, smaller movies - GREETINGS and HI, MOM! (my future brother in law was in that one), SISTERS (filmed in Staten Island), CARRIE. But I never liked BLOW OUT or DRESSED TO KILL or the awful SCARFACE remake. The untalented Nancy Allen was married to De Palma from 1979-1983, so we had to sit through her pathetic attempts at acting in several of his films like DRESSED TO KILL and BLOW OUT.

I think you either love him or hate him.

I'm not in the De Palma fan club, either. The first De Palma film I saw was DRESSED TO KILL. I'm a huge Hitchcock fan so I knew what De Palma was trying to do in this film, but where Hitchcock is deft De Palma is heavy-handed.

Travolta evolved into a much more skilled and in-depth actor than I thought he would. Just goes to show you not to judge...

I like some of De Palmas work-Carrie, Casualties of War, Mission Impossible, Carlitos Way.
A lot of his movies are interesting to watch but disappoint. I liked Blow Out more than you do. Have to agree that Nancy Allen couldn't act. Met her once at Mark Ridleys Comedy Castle. I was there to see Craig Shoemaker and she was sitting at a table in the back. She was dating him at the time. This was early 90's. She was very nice.