How I Came to Write This Story "Allure Furs"

Allure Furs was originally a chapter in a novel I wrote called SHOT IN DETROIT. It is surprisingly easy for me to take chapters from my attempts at novels and turn them into short stories, a good indication that I have perhaps written short stories for too long to change my writing patterns.I see a story in 3500 words rather than 100, 000.

And this one was particularly simple because I merely wanted to establish an early introduction for my character to: photography, to men who want things from women, to tawdriness, to the things that would harden her. Essentially, it was a standalone chapter in the book. Not good for a novel but good for a short story.

As a teenager, Iris takes a job working the counter for Allure Furs, a seedy fur store stuck between a donut shop and a second run (or perhaps an adult) theater. Her duties grow when her boss decides she can do more than answer phones. 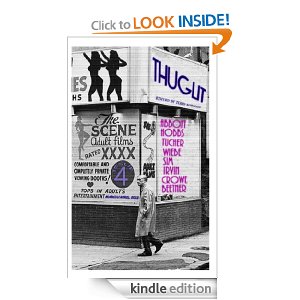 (In the mid eighties when my kids were teens, it became quite common to have an afterschool job. Designer clothes were coming into vogue and kids suddenly wanted jeans that cost too much for most families to afford. And businesses were thrilled to pay minimum wage to kids instead of livable salaries to adults. Some kids were performing tasks they had no business doing. Society was seduced by the idea that working was good for kids and schools began to accommodate this trend.

I sent the story to THUGLIT and Todd Robinson, its editor, thought it needed a bit more indication of just how sleazy the atmosphere at Allure Furs was. He was right. I was telling instead of showing the protagonist's encounters with men while modeling fur coats. The reader needed to feel her fear, and also her power, over the men who wanted to humiliate her. Hope it works for you.
Posted by pattinase (abbott) at 12:10 PM

It's a knockout, Patti.

Thanks, Al. Hoping to get my copy soon.

I've read several novels that read almost like a series of connected short stories. It can certainly be done. :)

Well we'll see this week when HOME INVASION comes out.

Congrats on Thuglit, Patti. I'll be reading your story in print in a few days and I'm looking forward to it.

Thanks, Mike. Waiting on mine.