Thanks to Cullen Gallagher for taking a chance of a novice's attempt at a western. You can find it on FIRES ON THE PLAIN. Along with two other great yarns.

Dedicated to Joseph Reading, who read westerns religiously--"but not the fancy ones."
My review of A SEPARATION in up at CRIMESPREE CINEMA.

John D. MacDonald, it is. Friday, April 14th is the date. Everyone who chances by is welcom e to do a review. If you don't have a blog I will be happy to post it. Just let me know. 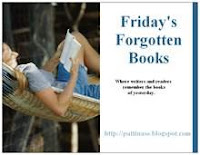 I am claiming APRIL EVIL since I have had it on my shelf for ten years at least. I don't know if we should coordinate books or not, but I hate being chairmany so if we have multiple reviews, we have multiple reviews. I hope this turns out even half as well as the Westlake one. And speaking of John D. MacDonald, Ed has used his amazing psychic powers to come up with this.

Ed Gorman is the author of the Dev Conrad series, the Sam McCann series, numerous westerns and other good stuff. You can find him here.

The Executioners by John D. MacDonald 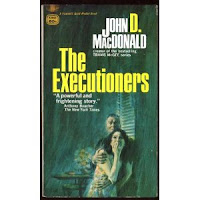 I usually read a John D. novel every month or so. There are eight or nine I never get tired of simply because they're so well done.

Last night I picked up The Executioners (Cape Fear) for bedtime reading and read to page 102 before turning out the light. Yes, a few of his flaws on are on display, especially cutesy-poo man-woman dialogue but mostly in first half of the first act. But except for that this is a virtually perfect suspense novel. MacDonald wisely hews to the Hitchcock rule--suspense comes from knowing that the bomb is under the chair. MacDonald plants the bomb in the first chapter and then slowly lets the wick burn lower and lower. Several lesser incidents anticipate the final explosion.

Cady isn't Robert Mitchum's Cady but he could be his cousin. The scene where the family buries the dog Cady kills is as fresh and moving as it was the first time I read it. The wife is a tough woman, not the Polly Bergen version. And protagonist Sam, while not a typical MacDonald tough guy, is not the cipher he seems to be in the movie. JDM gives him real depth here.

Next week, March 16th, Todd will be the toastmaster. I will leave a link to his site.

AN UNSUITABLE JOB FOR A WOMAN, P.D. James. (Patti Abbott)

Although James is certainly not a forgotten writer, especially with A DEATH AT PEMBERLY out as I write this, I think this is one of her least read novels since it didn't feature Adam Dagleish. It was the first James' book I read

though and I liked it very much. The very young female detective, Cordelia Gray, was something new to me. And she was just about my age.

Her first case (after the suicide of her elderly mentor in a detective agency) involved the death of Cambridge dropout, Mark Callender, who died hanging by the neck with a smudge of lipstick on his mouth. Cordelia is hired to prove this was no suicide. Or, if it was, what sparked it. She finds out that and more.

Now if you look at the reviews this novel receives on Good Reads, it is clearly not a favorite of James' fans. And reading it forty years later is probably not seeing it at its best. It's a period piece in a way.

It sparked a lot of discussion at the time. Women were not a integral part of police forces, of courtrooms, of army units, and certainly not PIs. Cordelia Gray was the forerunner of the female PIs written about in the forty years since. Because Cordelia was portrayed as feminine, naive and inexperienced rather than like the ballsy women Grafton, Paretsky and Muller wrote about a bit later, she seems as much a relic as Mrs. Marple today. But at the time, it felt right. At the time, it was a step forward. You have only to look at the female policeman on LIFE ON MARS to see what they were up against. (Not to take my world view from TV, but it's a quick example)

Cordelia only appears in one more novel, THE SKULL BENEATH THE SKIN. Too bad. I would have liked to see what happened to her.

I wish I had more time to reread MacDonald. I have reread some but not too often. I still have a few that I've never read. I dole them out to myself.

For more John D. goodness, you should check out:

I would like to participate this week, if I may. Here's the link to my review:

My 'forgotten' entry is up now, Patti. Thanks.

THE EXECUTIONERS is so much better than either of the films CAPE FEAR (even given Mitchum's performance) that to compare either film to the novel is to suddenly see how clumsily meddlesome and hidebound Hollywood is by its nature.

And, of course, it was the BBC (or Granada? I should check) adaptation of UNSUITABLE that introduced me to James...I haven't read the novel yet, but suspect it wasn't nearly as improved as James's awful, ridiculous THE CHILDREN OF MEN was by the still-goofy (how much can aging hippies congratulate themselves? THIS MUCH!) film (sans article) CHILDREN OF MEN...

Unsuitable Job was the first James novel I read, followed by Skull Beneath the Skin. I liked them both but found them very different from the things I'd been reading such as Christie and Sayers and Allingham. I didn't read another of her books for a couple of decades, I don't think.

While I was hoping for Georges Simenon, I bow to the will of the majority. Patti--I'll do THE DREADFUL LEMON SKY and email you my review a few days prior to April 14.

As for duplicates, I say don't worry. As with the Westlake FFB, when there is a duplicate review, it's interesting to read two different takes on the same material.

I have heard so many good things about John D. MacDonald, but I don't believe I've ever read him. This sounds like a good place to start.

I think I might have read the PD James novel many years ago, but I can't be certain. Things have changed a lot for women in the workplace in the last forty years. Not enough, but it's still change for the better.

But you make such a good chairmany chairman! I'm thinking that since I enjoy John D. MacDonald, Ross Macdonald, Philip Macdonald and Craig McDonald so much, I should change my nom de plume to some version thereof....

Deb, once again we are sympatico as LEMON stands out for me too. I will have to think of what to review.

I did not really care for the TV version with Helen Baxendale, who I preferred in COLD FEET. (Incidentally, the stars of that show have mostly gone on to many other British - and occasionally American - television work, usually seen on both sides of the Atlantic.)

I was in a used bookstore looking for THE EXECUTIONER and you are right, there are so many MacDonalds. A couple others too.
I'd like to see the film version of UNSUITABLE.