How I Came To Write This Book: Alison Gaylin 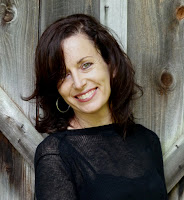 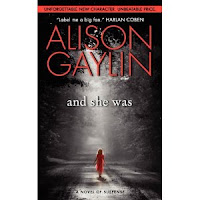 How I Came to Write This Book

I often get asked, ‘What comes first for you – character or plot?’ Usually, it’s a little of both. (With TRASHED, for instance, my reluctant tabloid reporter and the series of Hollywood slayings pretty much popped into my head hand-in-hand.) But with AND SHE WAS, it was neither. A few years ago, I came across an article about a man with hyperthymesia – perfect autobiographical memory. There are only a handful of known cases of hyperthymesia in the world, and it involves recalling every single day of your life, from start to finish, with all five senses. I read that article, and I thought, “Oh my God. How awful,” and thus began the two-to-three year obsession that culminated in this book.

The aspect of this syndrome that struck me as both fascinating and tragic was not so much the ability to remember everything (which granted, is great for a detective), but the inability to forget anything. The idea of experiences – good and bad – remaining just as alive in your mind as the day they happened… I’m not sure I’d be able to live with that. And so I had to build a character around it. Originally, Brenna was a videographer who sets out to solve her sister’s long-ago disappearance after hearing a voice she recalls as that of her abductor, but I found that character ineffectual, and too removed from the action. So I made Brenna a private detective, specializing in locating missing persons. The germ of the plot came from one of my earliest traumatic experiences: When I was four years old, I wandered off from a neighborhood party, taking a younger girl with me. We got lost pretty fast. A woman came out of her house, scolded me, and took the little girl in with her, to safety, leaving me alone on the sidewalk. I guess it was my first rejection, and so, of course, I had to create a plot around it.

This was definitely my hardest book to write. It involves three different mysteries, the oldest of which is 28 years old, and the newest of which happened just a few days ago. I wrote and wrote and rewrote and reorganized, again and again. I have a computer file of cut scenes that is over 200 pages long. And even after I’d delivered what I thought was a pretty good first draft, it was called to my attention that the timeline was off – not a mistake you want to make in a book about a character with perfect memory.

All in all, though, I have to say the experience of writing AND SHE WAS was both exhausting -- and deeply fulfilling. And it is one that both the copy editor and myself are not likely to forget for a very long time.

Alison Gaylin is the Edgar-nominated author of TRASH, YOU KILL ME, HIDE YOUR EYES and HEARTLESS.

What dedication to the craft! "file of cut scenes that is over 200 pages long."

"Trashed" was terrific -- highly recommended. I'm reading "And She Was" right now and really enjoying it, as well.

Some memories I'd like to recall like that. Others not. Fascinating disorder. I will have to check out your work.

Thanks so much -- and thanks to the wonderful Patti Abbott for letting me blog here! David -- It's either dedication or self-loathing. Probably a combination of both... Cullen, so happy you liked TRASHED!I had a lot of fun writing that book. (Though again, the cut file is ENORMOUS.) Hope you continue to enjoy AND SHE WAS. Charles, my feelings exactly regarding memories. Why is it the ones you'd like to forget most so stubbornly stick with you?

Enjoyed your presentation last night! I am reading your book now and enjoying it thoroughly! Kudos!

Thank you, Robert! And thanks for coming!