How I Came to Write This Book: Ian Ayris 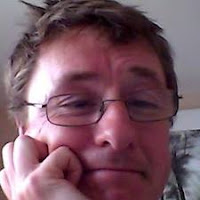 And then, a couple of years ago, a voice came into my head. It wasn't a very nice voice, if I'm honest. 'Some people deserve to die,' it said. Took me back a bit. I'm a nice bloke, see, by all accounts. But the voice continued its story, and I listened, and I wrote down what I heard. Six months later, the words I'd written were published as 'My Mate, Tel' in the first 'Radgepacket' anthology from Byker Books. I wrote another couple of stories, both at gunpoint, as it were, getting used to the fact that the closer I listened and the quicker I wrote, the sooner these bloody voices would leave my head. The two further stories were subsequently published in the following two 'Radgepackets'. Three out of three. Blimey, I thought, this writing game's a piece of piss.

The third of these first three published stories was entitled 'The Rise and Demise of Fat Kenny' – the story of John and Kenny and a certain gangster by the name of Mr Ronnie Swordfish. Unlike the previous two stories, there was something about this one that was different. The voices had spoken, I'd written down what I'd heard and what I'd seen, but the characters hadn't gone away. They just sat there, in this grotty mock-up of an East-End pub inside my head, looking at me over their warm pints of beer. Expectant. I looked back, into there eyes, and saw such pain.

I knew what I had to do.

To tell the whole story, I knew I had to go back to childhood, to the East End streets where John and Kenny grew up. Kenny was to be the main character. John, as in the short story, merely the narrator. And the story told itself. I had no plan, no outline, just a need to follow wherever the feelings were most painful.

And bloody hell, it hurt.

My inner world began to show itself through John and Kenny – John, the son of a fanatical West Ham supporter, from a tight-nit family, where love and humour comfort the soul and keep the pain at bay; Kenny – brought up in the house across the street, timid, distant, confused – the other me, dazed and vulnerable, long ago having withdrawn into a simple world of his own making.

And so with John and Kenny established, chapter after chapter continued to go by. School. Christmas. The Queen's Silver Jubilee. The death of Elvis. Cup Finals and the Winter of Discontent. My childhood memories.

The first half of the book was done. What lay ahead, I had no idea. So I carried on listening.

And what followed, blimey. Ripped my heart out to write, it did. Even typing these words, I'm taken back to the edge of that darkness, that awful, terrible, darkness. The two boys became separated which, from a psychodynamic point of view, was always going to be a difficult one for me. If they were separated, so was I. But in that separation I saw the direction I was intended to follow. Reconcilliation. Understanding. Redemption. The renewal of hope.

So I carried on writing into the darkness.

I wrote the searingly painful second half of the book in a blur of coffee and chocolate in less than two weeks. Thirty thousand words. I now realised this was the way it had to be. I had to endure, as John had to endure. Kenny, he had his own way of looking at things. But John, John was suffering. Really suffering.

The situation was hopeless. Get mixed up with a psycho like Ronnie Swordfish, and it's never ending good. But in the most dire of situations, there is always hope. It's 1989. Tiananmen Square. John don't watch the news. It's a load of old shit. But soon as he turns the telly on, he can't get his eyes off it. There he is, this bloke, frontin up a tank. Two tanks. Three tanks. And he ain't got nothing but a couple of fuckin shoppin bags on him. And that, my son, that is courage. That is hope.

When the end of the book came, I had tears running down my face. They wouldn't stop. They're still there now.

And I hope they never leave.

ABIDE WITH ME is available through Amazon UK:

A great book, too.

Patti - Thanks for hosting Ian.

Ian - Thanks for sharing what your voices told you. And it's nice to know I'm not the only one who listens to those voices ;-). I wish you much success.

If you've you've been a reader and enjoyed stories during your life, you've been in prep to be a writer all during that time. I'm looking forward to reading this one.

From the gut - which is always best. Painful, but best. Really enjoyed reading what you had to say. I'm a big fan Ian.

Patti, you couldn't have picked a better guy. Solid.