Some Observations About Noircon 2010 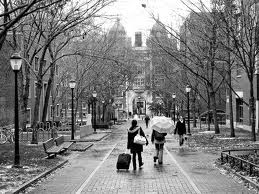 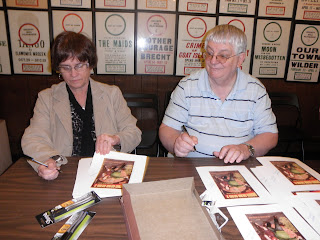 Lou Boxer, who organized Noircon along with his partner in crime, Deen Kogan, has to be the least pretentious doctor in the country. Perhaps the least pretentious person. From the look on his face for seventy-two hours, it was clear he was having as much fun as anyone else. Lou, you are the best.

Cameron Ashley has some Australian kangaroo trick of being everywhere at the same time. I think he carries a second Cam in his pouch. He's in all my photos and all of everyone else's.

Seth Harwood might be the tallest man I've ever spoken to. I feared for the future of my neck.

Hilary Davidson is the most radiant woman I've ever seen. She lights up a room with her presence. Even a room the size of the one in the Mummers Museum. Buy her book!

Laura Lippman is the best interviewer around. She is ego-less in her questions and each question was a beaut. She should have a talk show. Pelecanos just stopped everyone cold. Hard to imagine a more generous soul. He works at youth facilities.

Christa Faust has the best trained dog I've ever seen. Also the best trained hair and back. She made the greatest entrance in the history of conferences. I had the perfect seat to watch her exit a taxi on the fly, and whirl in carrying Butch in his little case. If you need anything whipped into shape, she's your girl. And I mean that in the best way because she is delightful.

The panels were excellent from start to finish. The question of what noir is became a joke, but not something every panel wrestled with as I feared.

None of us ever got over the fact that David Thompson wasn't there. If you want to honor his memory, buy DAMN NEAR DEAD 2. or any of the books Busted Flush published.

I loved the guys from Farley's bookstore (bookseller to Noircon) and I urge you to consider putting them on your book tour. The two guys sat through every panel, even asked a question or two. Farley's is in New Hope, Pa. If you're near, stop by and buy a book from another struggling indie. These guys were so excited to be a part of the activities and they took all the unsold books back with them rather than sending them to the publishers.

It is nearly impossible to imagine Vicki Hendricks writing the books she does. Sweetness personified. On a trip to the Mutter Museum (medical oddities) she screamed as often as Phil.

The Doubletree Hotel in Philly was terrific. I highly recommend staying there on your next trip. It was in a great location, and right around the corner from a neat little restaurant called the GOOD DOG. They had a BLT with the T fried the way my mother used to make them.

The Society Hill Playhouse has a fascinating history. Richard Roundtree played there in THE GREAT WHITE HOPE the same time he was doing SHAFT. Looking at the posters, I realized again how much I love theater. It is totally exhilarating. Deen Kogan gave me a tour through the ages. I want to live right next door.

And lastly to my daughter who tolerates her tag-along parents awfully well.
Posted by pattinase (abbott) at 5:11 PM

I was going to ask who that pesky kid was, pushing her face on the program cover and doing panels and all...

It was exceedingly pleasant, even when my energy was either nonexistant or soon to be required elsewhere...

Actually, two booksellers made for the smallest hucksters'...wall rather than room (or corner, with the prints and videos on the adjacent wall) of any convention I've been to. In Bordentown, NJ, not Too far away, during the same weekend, the biannual pulpcon Bold Venture happened. That's a scheduling issue to be resolved. And PhilCon, the ancestor to essentially all our literary cons, happens again starting tomorrow...

Or even "nonexistent". The eyesight's still not quite what it could be.

And it was Pulp AdventureCon, no less.

I think it's cool that you and I get to know each other on the Internet, and you go to a convention and wind up sitting next to a guy I've known for 30 years, Scott Cupp. Same thing happened with Cullen Gallagher.

I am hoping to run into you some day, James. And Scott was so much fun--hearing about his book collection and life in San Antonio and other Texan towns. It is grand, isn't it? I did more than sit next to him. We traveled back and forth and had dinner together. What a terrific guy.
Did you have the surgery, Todd? With my eyesight, it took me until the second day to realize it was Megan on the cover.

Dang. Any chance of moving Philadelphia to the Northwest?

Or Detroit for that matter.

Patti, sounds like you all had a grand time. Oh for the good old days when I was able to gad about.
Well, at least I get to read your terific reports online. :)

Sounds like a great event, Patti. I really wish I could've been there, but I was just not able to make the trip. Next time for sure, though.

Oh, this was so much fun to read!

That's not another Cam in Cam's pocket

I hope folks do like you mention and take note of Farley's bookstore. I'm very impressed how they handled Round One.

Maybe Cam used that tie to create an optical illusion...

Pattinase, Thank you and your wonderful family. No celebration of Noir would be complete without you. Noircon 2010 has set the bar for Noircon 2012 to beat!