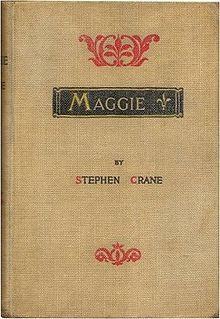 1)THE SUMMING UP WON'T GO UP UNTIL TOMORROW.
2) Someone asked me to label the people in the pictures I posted a few days ago so I will do that as best I can.

Ian Ayris lives in London with his wife and three children. He has had over twenty-five short stories accepted for publication, both in print and online. His stories can be found in the likes of A Twist of Noir, Thrillers, Killers 'n' Chillers, Byker Books' 'Radgepacket' collections, Curbside Splendor, Pulp Metal Magazine, and The Flash Fiction Offensive. Other stories will be appearing shortly in Powder Burn Flash, Yellow Mama, Beat to a Pulp, and Out of the Gutter Issue 7. He has recently completed his first novel, and can be found hanging about at http://ianayris.blogspot.com/

At just seventy-six pages, 'Maggie' is more a novella than a novel. But don't let that fool you into thinking this is a bit of light reading. So stark and brutal, in fact, is this book, no publisher at the time would touch it. So the twenty-one year old Crane published it himself.

The story is set in the slums of the New York Bowery, at the end of the nineteenth century, and follows Maggie Johnson in her struggle to overcome the poverty and degradation she is born into. And like a tooled up Mark Twain, with knuckle dusters and a flick-knife, Crane carves the words of Maggie's plight into each and every page, with a mixture of beauty and brutality the like I've never seen.

Here's a sample of what I mean from the opening of the book:.

A very little boy stood upon a heap of gravel for the honor of Rum Alley. He was throwing stones at howling urchins from Devil's Row who were circling madly about the heap and pelting at him. His infantile countenance was livid with fury. His small body was writhing in the delivery of great, crimson oaths.

And that's the Mark Twain thing. The dialogue. It's written like this, in the vernacular, the whole way through the book. Some of it is barely intelligible, but once you get used to it, it's like the whole thing is being played out inside your head.

Jimmy is Maggie's little brother, a feisty urchin; another child trying to find his way in this living hell. But he's a scrapper, Jimmy. And a good one at that. Maggie is the philosopher, she sees the chaos around her, and wonders if this is how her life will always be. The fight continues:

The little champion of Rum Alley stumbled precipitately down the other side. His coat had been torn to shreds in a scuffle, and his hat was gone. He had bruises on twenty parts of his body, and blood was dripping from a cut in his head. His wan features wore a look of a tiny, insane demon.

On the ground, children from Devil's Row closed in on their antagonist. He crooked his left arm defensively about his head and fought with cursing fury. The little boys ran to and fro, dodging, hurling stones and swearing in barbaric trebles.

Finally: A stone had smashed into Jimmie's mouth. Blood was bubbling over his chin and down upon his ragged shirt. Tears made furrows on his dirt-stained cheeks. His thin legs had begun to tremble and turn weak, causing his small body to reel. His roaring curses of the first part of the fight had changed to a blasphemous chatter.

In the yells of the whirling mob of Devil's Row children there were notes of joy like songs of triumphant savagery. The little boys seemed to leer gloatingly at the blood upon the other child's face.

'Maggie' portrays the slums of the Bowery as a seething mass of drunken debauchery, a place of blood and death, where the only four letter word anyone dare not use is 'hope'.

We follow Maggie through her childhood and her run-ins with her drunken mother and begin to yearn for her escape as much as she does herself. When she finds love in the form of 'Pete', we feel her hope. But Crane, he doesn't let us off that easy. This is no sentimental yarn. There are no ruby slippers here. There are no slippers at all.

Crane published several more notable novels after 'Maggie', the most noteworthy being 'The Red Badge of Courage' in 1905. By the age of twenty-eight, Crane was dead from tuberculosis, and he was all but forgotten. Thankfully, his reputation has grown due to the discovery of his work in the middle part of the twentieth century, and 'Maggie' is now seen as the first work of naturalism in American fiction. You can purchase a copy from Amazon or download it for nothing on The Gutenberg Project.

Ed Gorman is the author of STRANGLEHOLD and many other fine works. You can find him here.

You're right. No novel or story by Stephen King is forgotten. But his newer material sometimes causes pieces of his enormous and generally excellent body of work to fade from time to time. 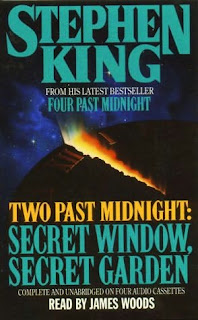 Secret Window, Secret Garden is contained in a fine collection called Four Past Midnight. Originally published in1990, in 2004 it became a feature film starring Johnny Depp, Maria Bello and John Turturro. I pretty much liked the movie but I missed the richness of King's writing.

Morton Rainey is a best-selling novelist living alone in isolated western Maine in a cabin that was once the summer home of Rainey and his wife. They have just divorced and Rainey is devastated. His emotional distress has led to his inability to write. He sits uselessly at his computer.

One day a strange man shows up at Rainey's. He is Southern Gothic, the mutant offspring of a marriage between William Faulker and Flannery O'Connor. He introduces himself as Johnny Shooter, an unlikely name. He accuses Rainey of plagiarizing a story that he, Shooter wrote, some years ago. Rainey recognizes Shooter for what he is. A lunatic.

But a relentless and crafty one. He wants Rainey to confess his sin and will settle for nothing less than that admission. Bizarre and terrible things begin to happen, not the least of which is Rainey's cat being nailed to Rainey's back porch.

I don't want to do any spoiling so I'll simply say that just about all of King's virtues are on display here. The land, the local customs, the sweaty Woolrichian desperation and the absolute gripping storytelling. I've read this novella three or four times but I was flipping the pages the same way when I read it most recently. It is a startling piece of suspense writing and demonstrates why he still dominates the book charts.

Alternately moving--King gives us a believable and moving look at a lost marriage--and terrifying--Rainey's interior monologues are a miasma of horror, dysfunction, sadness and rage--making the characters every bit as stunning as the plot. Fine work by a master.

I stupidly forgot to send in my review this week so I'm glad you have the one from Steve. I'm going to try and read the sequel and see how it holds up.

Jeff Segal's review of Charles Beaumont's antho THE FIEND IN YOU is up (was up at 8a ET...some people are just too Morningish...Jeff among them) at http://socialistjazz.blogspot.com/2010/11/guest-ffb-jeff-segal-on-fiend-in-you.html (or hit the hotlink on my name...it's the current top-post). Excellent expansion, the audiobooks video post!

My submission this week is "Tequila Sunrise" by Michael Bracken. The review is on my blog at http://kevintipplescorner.blogspot.com/

Ive never heard of the Crane book at all. I liked the Secret Window film. I didn't know it was a King story until after I'd seen it.

MAGGIE is noir before there was such a thing. A fine choice.