Are you as sick of me as I am? If not, go here and be tortured by more of my words. 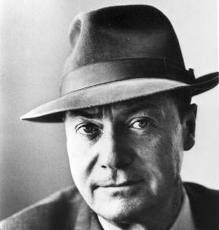 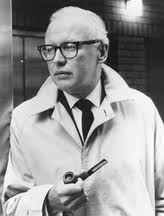 I couldn't choose between the MacDonalds. No way.

And I wonder who will.
I have to say I enjoyed Travis as a character more then Lew. But Lew had more complex cases.

I think Ross Macdonald was the finest writer ever of private eye fiction. He brought literary integrity and psychological depth to the form that has never been equaled. I think John D. was the great populist storyteller. He once said that he wrote folk tales for men who carried their lunches in buckets. While I don't think he had the depth of Ross Mc I think he had a range and storytelling ability that Ross Mc sometimes lacked. Hell I read them both all the time. Hard to beat either one of them if you like to watch masters at work.

Travis was certainly more sure of himself than Lew. Many-a-woman put her life back together by sleeping with Travis.

Though I enjoyed Ross as a stylist more, I think John D had a larger breadth of characters and plots.

I'm glad I don't really have to make a choice because to me they're both indispensable. Ed's answer is on the money.

Ross without question. I always especially appreciated writers I saw as bringing mystery fiction to the level of other great literature. For me that was Dashiell Hammett and Ross MacDonald.

I saw John D. MacDonald as more of an entertainer, though he wrote a cut-above type novel called Condominium.

Ross MacDonald. I discovered his work just a few years ago and was instantly smitten. I agree with Ed, 'he was the finest writer ever of private eye fiction.' I love his books.

One of them, I rushed to read, the other one I savored.

If I had to choose one, It would be Ross. Thankfully, I can read both with great enjoyment and not feel like I'm wasting my time. There are writers I've read that I regretted ever wasting my time with.

One huge bestseller comes to mind.

I'm going to buck the trend and go with John. I like Travis more than Lew (although I generally skip the sex scenes--too early sixties, even when they weren't written in that era); also I like how you can read the entire "touristization" of the state of Florida through the course of his works.

And Patti, how could we ever be sick of you? You ask such interesting questions.

Huge fangirl crush on Travis.
Am I right in thinking zombies, Randy.

Both were better than most of their contemporaries, including several who are too often cited ahead of them.

We wouldn't be here if we were sick of you, Patti...hope you're feeling more sanguine about yourself soonish...

At least one boxer named Mailer was among those I was thinking of.

Probably not hundreds, Patti...perhaps dozens (I certainly haven't read many cozy novels yet, and prefer short fiction on balance).

Mailer comes to mind for sure.
I LOVE short fiction but rarely lose myself in it. It's more about craft, tone.
Right now, I yearn for a book that take me away.
THERE IS NOTHING LIKE A BOOK TO TAKE YOU FAR AWAY.

There's no point in even trying to improve on Ed's remarks, so I won't. It should be mentioned, though, that a goodly number of JDM's best novels are not in the McGee series. Even though these non-series novels are harder to find than the McGees, they shouldn't be skipped.

Craft, tone and passion. Too often, novels become exercises in endurance for even the best, most inspired writers. And it too often shows.

And JDM wrote a lot more than just the Travis McGee books.

THE EXECUTIONERS by John and perhaps THE CHILL by "Ross" are the current favorites of mine.

Not at all, Patti. Think religion.

I'm a fan of both writers, but the tragic end of Ross Macdonald, a victim of Alzheimer's, tilts my choice to Kenneth Millar.

I've read very little John D. MacDonald, so my opinion isn't well informed. But, having studied and collected the work of Ken Millar/Ross Macdonald (small "d" by the way) in-depth for the last 27 years, I would be hard pressed to name a mystery writer whose work provides me with the rich rewards as the transplanted Santa Barbara writer does. His use of simile and metaphor are often touted, but I am most impressed with his exploration of particular themes within a given book. Look for how he foreshadows events in The Chill with bird imagery, how The Zebra-Striped Hearse is filled with black, white, and grey themes, or how the color, orange, is used in Sleeping Beauty. There's one book that has maybe 20 references to people's faces being like a mask of some kind or another. I enjoy how these themes or images tie in with the structure of the book. It makes for great re-reading. I find there's more going on in a Ross Macdonald book than an intricate plot, and the vision of the world through Lew Archer's eyes is a treat I seldom tire of.

Hi Jeff-Loved the picture you took of us at Noircon.
And I love the work of Margaret Millar too. Probably the best twosome ever.

Hi Patti - I'm pleased the picture turned out well and you're happy with it. I mailed a tube of goodies to Megan (last week?)--do you know if she got it? I'm sorry we didn't really get to chat at NoirCon--I didn't get to hang out as much as I had hoped. Oh well, the best-laid schemes o' mice an' men...

Ross, with every possible way.