THE SAVAGES and Philip Seymour Hoffman 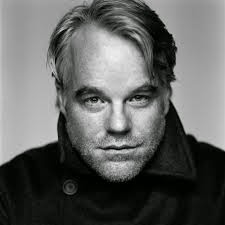 During my terrible, horrible cold last week, I watched seven or eight movies, on Netflix mostly. I watched MANHATTAN, great first montage and great last scene. HANNAH, geez Michael Caine stole the movie, the three Linklater movies with Hawke and Delphy--I liked the last one least, THE WORLD'S GREATEST DAD,  really spooky on so many levels, and ThE SAVAGES, one of my favorite PSH performances.

THE SAVAGES is the story of how a brother and sister cope with their father's final days in a nursing home.

The amazing thing about his performance in this film is how generous it is. In so many scenes, he does nothing to divert you from listening to Laura Linney, who has the splashier, needier role. (And Philip Bosco is also great).

In one scene where she storms into her father's nursing care room and blathers on about this and that, PSH just sits by the bed, paging through a newspaper and occasionally nodding.  He creates the role of the more passive brother and never breaks with that.

But he was great in every performance I ever saw him in including two plays TRUE WEST and DEATH OF A SALESMAN.

I think THE SAVAGES is my favorite performance.

But looking at the list on IMDB, there never was a bad one. What's your pick?
Posted by pattinase (abbott) at 7:30 AM

I did like THE SAVAGES too. There are some I could do without, like his annoying part in THE BIG LEBOWSKI. I did like him in CHarlie Wilson's War, The Ides of March and A Late Quartet. He could play an unsympathetic character without making you want to turn off the movie.

Patti - I haven't seen The Savages, but it sounds like a solid film. Hoffman is much missed. Oh, and I do hope you're feeling better.

I can't remember him in that film. Jeff although the ability to be annoying is a talent too.
I am better now, thanks.

I actually am not sure what netflix is. I suppose it's something to do with watching movies through the net. But if you have to watch them on a laptop then I'd be out of that.
I do like Hoffman a lot, though. Was sorry when he died.

Although I really loved PSH in THE SAVAGES, I thought he was terrific in THE IDES OF MARCH.

No, you can get netflix through your TV. Which is what we do.
I loved that movie, George. So smart.

Difficult to say. He was great in pretty much everything, but I think he was extra special in Boogie Nights. That last scene of him in the car calling himself an idiot ... I can see and hear it to this day very clearly.

Lester Bangs in "Almost Famous"--but, as you say, he was great in everything.

I really need to see both of those movies again. Just standouts.

I really need to see both of those movies again. Just standouts.

I haven't seen this Patti, but loved his work - thanks, really have to get it now.

I can't pick a favorite Hoffman role, since I haven't seen them all, but he definitely made a very convincing Truman Capote! Hope you're all better now, Patti. :-)

I'll pick one that most people probably don't even remember he was in and one most people have probably never seen. Rusty, the drag queen in FLAWLESS and playboy Freddie Miles in TALENTED MR RIPLEY. Two roles so unlike anything you'd expect him to play. Interestingly, (as I double checked imdb.com for the character's name in the first one) I learned both movies were released in 1999!

I remember him in RIPLEY very well. but less well in FLAwleSS. Need to watch that one again.

I never did see much of him, Patti. But for me he stole CHARLIE WILSON'S WAR and he was also wonderful as Truman Capote, though perhaps a bit too large for the part.

I liked the Savages a lot, too. Of course, I love both Laura Linney and Philip Seymour Hoffman. So, to have them both in the same film....