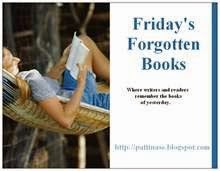 Rather than trying to talk about the entire collection, let me mentiont three of the stories I liked most.

Animal Shelter by Lehane, is the original source fot the current movie THE DROP. In this story, a bartender at a drop bar in Dorchester comes across an abused dog left in a trash can. This leads him to Nadia, who lives close by. They form an attachment brought about by caring for the dog. Also in the action is Marv, Bob's boss at the bar, a man yearning to move up in the organization now run by Chechens, and Nadia's former boyfriend, a crazed sociopath. This is a terrific story and I think I prefer it to the script Lehane produced for the movie. It is lean and beautifully told. A gem

Oddly enough The Reward, by Stewart O'Nan also concerns an abandoned dog. In this case, a young woman, barely surviving on her salary as a taxi driver, hopes her rescue of the dog will reap her a reward. She is also in care of and bullied by her father. O'Nan is not a crime writer and in this one noir is more implied that explained. A very fine story though.

Lastly Femme Sole by Dana Cameron concerns the attempts of a woman to hold onto the bar in Boston's north end that her father has willed her. She runs up against a bunch of tough men, not least of them her abusive husband. She outfoxes them. Until...

I have read at or read entirely a lot of this series. Because they attempt to include local writers, some of the stories are by people who really don't have much experience writing short stories. Or local celebrities that may help sell copies. This means their quality varies considerably. This seemed like one of the better collections.  Patti Abbott

I just bought Lehane's book of THE DROP - does this mean that really it's a novelisation of the screenplay? I hand;t realised that but will seek out the original short story - thanks Patti.

Yes, it is, Sergio. But I am sure it is rather a good one from what I've read. The original story is more a love story than a crime story.

I've read over a dozzen of the "Noir" series and don't particularly remember this one, as opposed to (say) BROOKLYN NOIR (wonder why), but most of the books have at least some really good stories, and most are as uneven as you said.

Casual Debris said...
This comment has been removed by the author.
9:09 AM

Please include mine as well: The Underpainter, Jane Urquhart.
Thanks, Frank

The term noir seems to have become a selling point lately. I tend to give books with that in the title or description a closer look.

I have about a dozen of the Noir collections and piled them up the other day to donate to a hospital sale. Dug Boston out to see what I thought about the stories and realized that I only read the Lehane, the O'Nan and Brendan DuBois. Also have Boston Noir The Classics 2, which includes works of Robert B. Parker, Joyce Carol Oates and George Higgins. I'm with you and Jeff about the unevenness in most of the books, but no doubt the next time I see one I don't have at a sale I'll buy. And we have two big hospital sales next week.

Loved the O'Nan. Will read the Dubois at lunch. I think I got a lot of them because Megan had stories in them. I have about 8, but this one was from library.

Mine's up, Patti. Short and sweet this week.

Act of Fear by Michael Collins

DuBois is one of my favorite mystery short story writers, along with people like Ed Gorman, Doug Allyn, Terence Faherty, Joe Gores, among many others.

So, this is what I settled on for today, finally..:

FFB redux: Some Suspense-Fiction Anthologies and Fantasy Fiction: Beyond and Alongside Tolkien: Among His Peers

Thanks. The Late TM

I still can't get past how they settled on Carlin Romano, as condescending a pseudo-friend to crime fiction as one can find, to co-edit the Philadelphia volume.

By the way, this is an unusually good set even by the standards of this group. Glad to be even a tardy and redundant participant.