How I Came to Write This Story: Dale Philips 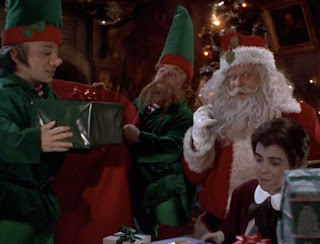 The new Nightfalls anthology is a good thing, a collection of fine stories where the proceeds go to help those less fortunate.

When editor Katherine Tomlinson asked me if I'd like to submit a story, I said yes, and told her I'd just published a collection of stories about the end of the world, Apocalypse Tango: http://www.amazon.com/Apocalypse-Tango-Five-Story-Collection/dp/1477514902/ref=sr_1_1?s=books&ie=UTF8&qid=1355098564&sr=1-1&keywords=apocalypse+tango

Uh... she said, well, that's what the new collection is about.
Okay, no problem, I'll just write another one...
But I'd used up my available scenarios.

When she told me about the charity the proceeds were going to, the idea began to form. Since the last night of 12/21 was so close to Christmas, it grew to having the apocalypse seen through the eyes of a young Latino child, who's confused as to why the grownups are acting so strangely around the time Santa is supposed to come. And since the Los Angeles area charity was there, that became the locale, and even the theme. The prompt for the collection guided precisely what the story was to be.

Within the tale, I wanted to explore the different reactions that people would have: some lose themselves in drinking or drugs, some end on their knees praying for salvation or redemption, some who would like to end with pleasures of the flesh (going out with a bang, not a whimper), some in finally getting that one thing they've always dreamed of, and some, committing that last act of ultimate love.

And a nod to the apocalypse coming 50 years after the Cuban Missile Crisis, when we came within a whisker of having it happen then. Plus ca change, you know...

Religion, death, Christmas, love, and the end of the world, all in a few thousand worlds. Guess that says it all.
Posted by pattinase (abbott) at 2:00 PM

Patti - Thanks for hosting Dale.

Dale - I give you a lot of credit for taking this story on. It's harder I think (or this could just be me) to write from the perspective of a child, and I think you had a brilliant idea of a way to explore the apocalypse.

Second post in a row about apocalyptic fiction from my Google reader feed. Love the stuff.