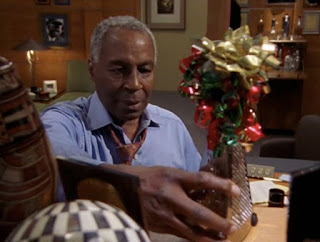 I love it when these so called celebrities get on the air to show their faces and offer no solutions. This is all about their own self-promotion

I say, just get back and do what you do with your limited talent.

Come on. They think they are special people and because they are "special," they believe everyone else should believe what they believe. If they had to get a real job what would these people be?

The NRA's solution is always MORE GUNS! Here's my plan: tax ammo. A lot. That would reduce the Deficit and limit gun ownership. If bullets cost $10 each, things would change in a hurry.

It's more than about time we figured out what to do about this horrible, horrible reality.

The question still remains--who needs the firepower equivalent of a small army for self-defense? That's what we need to control--the unregulated amassing of enormous stockpiles of weapons. My sister was in the military for 25 years and she said she never needed the type of weapon the Newtown shooter had. No right is absolute or without associated limits and responsibilities. It's time for reasonable gun/ammo control and time for the NRA to realize that the paranoia they have stoked for the past four years has final, tragically come home to roost.

/Before I dismount my soapbox, let me add that those shows about Doomsday preppers that keep cropping up on TV aren't helping either.

Deb is absolutely right. My time in the military was the same. Of course these days no one has a 105 mm tank gun. At least I hope not!

I agree, but I also agree that I don't need beyonce or Jennifer Aniston to tell me what to think. I really believe too many celebrities think because they are attractive or good at sports or music they have some special insight into life and the rest of us are just sitting around waiting for their words of enlightenment.

It's like Madonna showing up in Rockaway in that bizarre outfit for a photo op. Bring money and food and hand them out like other people (yes, including some celebrities) did, don't pose like it's a fashion spred.

I agree, celebrities should keep their mouths shut and open them only when a Director yells "roll film."

Well, actors and singers have as much right (and responsibility) to voice their opinions on matters of the general welfare as anyone else...the notion that they might actually have more influence thus on the general public than folks in other fields is questionable, at best. At times, the attempts to truckle to famous people out to salve their consciences for their relative wealth (also one of the reasons Scientology is so popular in H'wood, since it encourages no guilt over ridiculous wealth, particularly if that wealth is shared with the CoS) can get to be a bit much, as when at the Housing Now! march and rally during the Clinton Admin so many self-congratulatory statements had been made in a row by such folks that Jon Voigt, to his voluble displeasure, was interrupted by a rising chant of "Hollywood later, Housing NOW!"

The only problem I see with taxing ammo (and the components of ammo, for those who roll their own) is in that Walmart (or MegaMart) will be happy to collect and keep that extra bit of sales tax for themselves, as they (and their competitors) too often do as it is.

Inasmuch as Representatives and Senators, even after the recent example of one of their own shot in the head and she not the only victim of that rampage, have been as lax as the President himself in attempting to toughen up on inappropriate gun use (Giffords herself was certainly as truckling as any Democrat to the NRA), their appearance in such ads might or might not have any effect. We'll see if they manage to do anything, while living in fear of such bugbears as Grover Norquist and the NRA's quaint belief that crossfire doesn't kill people, only evil kills people...while our government may be responsible for hundreds of deaths of children through use of drone strikes, that supposedly very targeted bit of business, leaving aside the bombs and landmines and more, leaving our theoretical representatives in the Greatest Democracy On Earth not uniformly but in the balance not in the strongest ethical footing on the matter, even when they can get over the fear that someone might lie about them (or even shade the truth) on tv ads that they seem incapable of bluntly demonstrating to be lies.

Absoluately, Todd. I meant to answer 'Anonymous' last night and say exactly that. They have as much right to voice their opinions as the rest of us - I just object to them getting a front row seat and airtime to say it.

Well, Jeff, one of the advantages of being rich is that they can buy that airtime.

And, of course, the greater expense of ammo if taxed (even if in such a way that the money goes to public coffers) might (might) deter some accidental cases. But it won't deter the nutbags. James Reasoner hosts a list that discusses western fiction (pulp and otherwise) and that list broke out into a huge argument about these issues, and at least one advocate for gun rights noted correctly that in places like Japan, there's a greater incidence of cutting blade murder, instead...albeit a rampage is slightly harder with knives and swords and such, but still possible (and you never have to reload). And our friends who bombed the Murrah Building in Oklahoma City, and all the IED and bomb-belts we've heard of since, suggest that the nutbags have many other options open to them. But, again, the imbeciles who want everyone to pack at all times, or at least a whole lot more people to do so, have failed to note how many bystanders are likely to be cut down while trying to 1) identify and 2) hit the nutbag in their midst during the Good v. Evil shootouts they fantasize about standing tall in. Our cities see the results of crossfire every day, albeit that is usually (not always) the result of folks shooting at each other without caring whom else they hit...but the saddest thing is that that kind of sociopath is always the kind who will be most ready to pull a trigger...and too many (most?) of them already think they're on the Right Side of whatever it is other people get to die for.

And a correction...the Housing Now! march and rally was in 10/1989, so during the GHW Bush admin, with the country blessed with the upturn in homelessness furthered by the noble policies of the Reagan Admins, though a similar hostility particularly to welfare recipients would also be a consistent feature of the Clinton Admins.

If you've ever watched a quiz show or game show featuring celebrities you'd know how incredibly ignorant they are.

As for taxing ammo or guns, pfui. We tax the heck out of cigarettes and booze and I don't see a nation full of non-smoking, sober citizens.

I don't mind celebrities taking up causes and speaking about them. Why shouldn't they speak up for something they believe in? Do people complain when a celebrity promotes child literacy or cancer research? It's all politics.

I read similar complaints about celebrities on various online gun bulletin boards but never read complaints about Tom Selleck, Ted Nugent, or Charlton Heston. Nor when American Rifleman has their NRA Country profiles of country singers.

I also don't think putting police in every school is a solution. I smirk at the suggestions by the previously libertarian-style, take-care-of-yourself, cut taxes, you-cannot-count-on-the-police-to-protect-you mindset that is now promoting constant armed security.

I am very pro-gun. I have a six-year-old first grader. I was tempted to spend $250 (a good price) on a Hi-Power clone earlier today. This situation is not different than others where idealogues make the most noise and shut out discussion. I have no solutions but am willing to talk about things.

What I would like to know is, from any one of these celebrities, what their ONW proposed (*specific*) plan could possibly be. Why leave it all on the Obama Admin. while contributing to an empty advertisement that offers no solutions or suggestions? The fact is, there is no one "plan" that could solve this. Background checks are in affect for gun ownership, and, for anyone that fails a background check, that person can obtain a gun illegally if he or she is resourceful enough. Wrong? Yes. But it's the flat out truth.

Here's a plan - let's recognize the early signs of mental illness, and treat it in the same way physicall illness are treated. The perpetrators of these crimes are ILL and certainly their parents have suspected it at some point. Lock your guns up, parents, and get your kids in for a health evaluation.