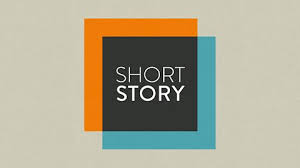 Elizabath Strout won the Pulitizer Prize for her collection of stories, Olive Kitteridge. Frances McDormand memorably played the character in an HBO series. It is hard to read the stories now with out picturing McDormand in the part.

'Motherless Son', which appeared in the New Yorker in August 2019, is from a second collection, Olive Again. Olive is often, in fact usually, not very likable. She reminds me of someone who was given the wrong playbook when they embarked on life. And this story is very much in that vein.

Olive's son and his young family come to visit. Past visits have not gone well. Olive is not an easy person under the best of circumstances and despite observing how other families function seems unable to behave that way herself. She only has a gift for the child her son has fathered (he has two stepchildren). She doesn't buy the Cheerios he asked her to have, she seems pretty ill-prepared for one visitor, let alone six. She is repulsed by her daughter's breast-feeding. She makes no attempt to engage with anyone other than her son and his sired child.

Olive wants to tell her son that she is remarrying, but has not prepared him at all for this. He notices the house is emptying out, but still doesn't put it together. When he behaves like she might have done with her intended, she sees the parallels. She has raised a motherless child.

As in most stories about Olive there are moments when she is kind (she finds out her daughter-in-law is grieving and comforts her) and you wonder if this is the beginning of her understanding how to change, but she is never able to sustain it. She hears her son call her a narcissist and, of course, she is. But not in a Trumpian way but rather in a way where she is rarely able to step outside her own point of view.

Spending time with Olive is not for everyone, of course. But I always get insights from Strout's writing.

Nope, Olive is not someone I want to spend time with.

I've been having difficulty settling on something I want to read lately, and have downloaded and returned a couple of library books that didn't grab me. So I've been reading mostly short stories and Pete Hamill's very good DOWNTOWN: MY MANHATTAN. He wrote it after 9/11 and even someone who knows New York intimately can learn quite a bit from it.

I'm reading 100 YEARS OF THE BEST AMERICAN SHORT STORIES, edited by Lorrie Moore, which is 40 stories from 1915-2015. I'd previously read a dozen or more of them. Some I've read so far:

Edna Ferber, "The Gay Old Dog" - I don't think I'd ever read her before. This is quite interesting, about a man in Chicago who feels the need to sacrifice his own happiness and desires to bring up and support his three younger sisters, who take him for granted and only care about their desires.

Tillie Olsen, "I Stand Here Ironing" is the first story in her TELL ME A RIDDLE collection. It's a story about guilt, as an unnamed mother of five relives in her mind her upbringing of her eldest daughter, Emily, and the mistakes she made due to her own lack of experience and the circumstances, mainly the Depression. It's short but powerful.

James Baldwin, "Sonny's Blues" is about a teacher and his relationship with his younger brother Sonny, both growing up and when Sonny goes to jail for heroin.

Flannery O'Connor, "Everything That Rises Must Converge" is told from the perspective of a son, recently graduated from college, about his narrow, bigoted mother as he escorts her to the Y where she is taking a weight loss class. O'Connor was a terrific writer.

That's the thing about layered, complex characters. They aren't always likeable or sympathetic, but there are depths to them that make you want to know what happens to them.

So right for me, Margot.
Jeff, that collection came in at my library. I will walk up today and get it. O'Connor was a real genius. Beside A GOOD MAN IS HARD TO FIND, I love THE RIVER. Just reading about the making of the movie GIANT based on Ferber's novel.

Diane and her Book Club spent time reading the Olive Kitteridge book. They mostly liked Olive although she is eccentric.

I bought a copy of Olive Kitteridge last year, and I am looking forward to reading it.