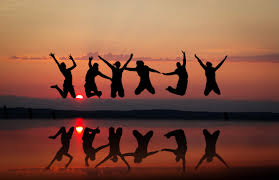 Friendship is a common theme in children's literature but less so in adult literature. I just read ANOTHER BROOKLYN where four teenage girls in seventies Brooklyn sustain each other through a lot of difficulties. But they are still children. In books for adults, there is, of course, OF MICE AND MEN and THE GROUP but what else. In KRAMER V KRAMER, Ted  and Margaret forge a friendship, which was somewhat novel at the time. The idea that a man and a woman could be friends and not romantic interests.

The Lansdale books about Hap & Leonard stand out. And the Walter Mosley and Robert Parker series.What else?

But overall, I'd go with Hap & Leonard.

Ishael and Queequeg in Melville's Moby-Dick!

I think a close friend is especially useful in crime fiction where the protagonist needs someone to bounce ideas off of and also someone to lend a hand.

Declan Hughes's Ed Loy and Tommy Owens are an excellent mismatched pair of friends who have issues with each other but work through them.
Robert Crais's Elvis Cole and Joe Pike.

Cole and Pike are certainly classic.
Nancy Drew and George!

Read this but couldn't in the moment think of an example. Later it hit me--My Brilliant Friend by Elena Ferrante.

Now I just need to think of one about male friendship.

Actually, I just thought of one, though it's geared toward teens. A Separate Peace by John Knowles. I know, it dates me...

I thought of including Ferrante but since I only read the first one was unsure how their friendship progressed. Good one with the Knowles book. Loved that as a teen.