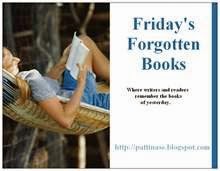 The next special Friday on FFB, listed to the left, will be on May16 and reviewed books will be crime fiction from the 1950s.  (written then, not set then)

Of course, any review is welcome. If you haven't read a book from the fifties recently, you may find one lurking in your archives.

Six years of forgotten books this month. It's been a privilege to work with so many great reviewers.

Set the Night on Fire by Libby Fischer Hellmann (2010)

This is one of the few books I’ve read in recent years that uses sixties’ radicalism in a crime fiction plot. And uses it to good avail. Hellmann tells an interesting story with just the right amount of attention to the climate of the sixties to anchor it. Her characters are fleshed out well, and we come to care about them in the past and in the present.

Dar Gartner is newly released from jail after serving a long prison sentence for an act of radicalism. In trying to put a new life together in Chicago, he also touches base with some members of his old group of friends. Friends who begin to die after his re-entry into their lives. His life seems in jeopardy as well.
One of the friends who dies is the father of Lila Hilliard. Hilliard, along with Lila's brother, perish in a house fire seemingly caused by faulty Christmas tree lights. Except Lila remembers unplugging the lights before she went out. As she investigates her father’s business affairs and the fire, her own life is threatened and she realizes there were things about her father and his tale of her long-dead mother that never quite added up.

So Lila and Dar begin circling each other, Lila is wary at first until in desperation they collectively put the puzzle together. Both are at risk and neither knows precisely where the threat is coming from, but both eventually conclude it's coming from past activities of the group of friends.

The reader travels back to the late sixties and watches the group of women and men living together, making the decisions that will affect the rest of their life. Through their circle, we're treated to insight into the types of young people drawn to radicalism and what price they were willing to pay to reform society. And also, what lengths they were willing to go to to cover their trail and how that history impacts the present.

This was a very fine and compelling story.

Patti, if you want a mystery with 60's activism plots you might try Roger L. Simon, Lia Matera and Wendy Hornsby.

Thanks, Jeff. I have read a Simon book, the one with the movie with Dreyfus.

The Case Against Myself by Gregory Tree

Six years, wow. I wish I'd been here for all of it. You do a terrific job! I have learned of, and bought, so many good books as a result of your efforts and all the ffb reviews.

I like the "decade" idea for a special, and it will be fun to browse the bookshelves to find the right thing.

Set the night on fire is such a great title.

And, of course, that fine McCone, TROPHIES AND DEAD THINGS by Marcia Muller...

I have one, Patti.

BV's is missing its link:
http://inreferencetomurder.typepad.com/my_weblog/2014/04/-fridays-forgotten-books-a-dram-of-poison.html

I've got one today, Patti. NOBODY WORE BLACK by Delano Ames. :)

I like the idea of the Special FFB on 16th May and will be writing a post for it.

I respect your decision to stop the featured authors, but as I said in my long post when you announced it, I will sorely miss it. It was a big part of my mystery author education.

Let's see how this one goes, Kelly. I had waning interest in the single author joint posts. Have you looked at the THRILLING DETeCTIVE site. THat used to have a wealth of information.

It wasn't the information I was seeking so much, Patti, as the motivation to read a specific author—with a deadline on it. (The first themed week I didn't manage a post for, I still read a new book by Shirley Jackson.) If anyone involved here wanted to organize informal author weeks, I'd be thrilled to be involved.