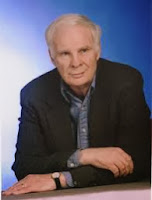 Richard Wheeler had a lovely idea about sharing our favorite movie scenes that use no dialogue.

Here is a brilliant one he suggested.

Of course, ALL IS LOST came immediately to mind for me. Here is one from that.

WHAT OTHER ONES COME TO MIND?

I also posted this on facebook where many other movies are being mentioned. I remember the movies but forget the silent scenes. https://www.facebook.com/patti.abbott/posts/10152121963679551?comment_id=29433627&offset=0&total_comments=10&notif_t=share_comment
Posted by pattinase (abbott) at 7:00 AM

The opening to There Will Be Blood comes to mind.

Yes! I also remember UP telling the story of the man and his wife silently.

In DRACULA there's a scene where Lugosi moves through a ruined cellar. The camera is on the upper half of his body; he appears to be just gliding. There is absolutely no sound, and the silence has just seemed to become a character in itself. Chilling and effective. I've never forgotten it.

Patti - What an interesting question! There's a scene in Alfred Hitchcock's Rear Window where the protagonist is watching a suspect. It's largely without dialogue but really builds up the tension I think.

The robbery scene in Riffi-done w/o dialogue or music.

There is a great scene in VERTIGO TOO and of course the shower scene in PSYCHO.
I bet most heist movies have a silent scene of the actual heist.

One of the most famous is the clock scene in High Noon. Eight minutes without a word spoken.

I'd go with the storming of the beaches in SAVING PRIVATE RYAN.

I love the opening of YIELD TO THE NIGHT (1953). Watch it for yourself here.

How can you not want to watch the rest of the movie after that?

Hitchcock is loaded with no dialogue sequences. Some with no dialogue and no music, just sound effects (THE BIRDS, TOPAZ, NORTH BY NORTHWEST, DIAL M FOR MURDER, MARNIE, etc. etc.). I could fill an entire page with them.

I love silent movies, so this is easy for me. Murnau's SUNRISE is full of moments that move me, but one of the best is the sequence in which the main characters are caught on a boat in a storm. (That scene also used breakthrough tracking shots. It's amazing.)

I know I have seen many wordless scenes, but I can't think of an example. That, it occurs to me, is high praise. It means that the scene worked in the context of the movie.

There's a long scene in BULLITT where Steve McQueen chases a suspect across the runways of the airport, then trails him through the terminal. Seems like that was more common in the latte 60s; I remember that THE PARALLAX VIEW didn't have a whole lot of dialog, either.

Not quite "no" dialogue, but close enough for jazz ... https://www.youtube.com/watch?v=IzEloJ5venk

One of the great ones.

Bullet.is up next on my DVR. Will check!