HOW I CAME TO WRITE THIS BOOK-Sophie Littlefield 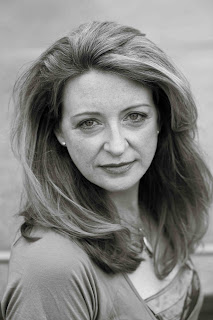 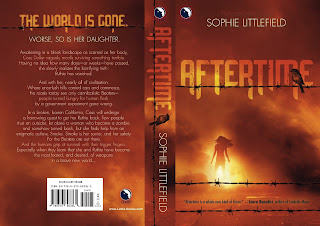 A little over a year ago, I found that I’d written ahead in my two existing series and had some time to kill. I don’t like to take breaks between books; it makes me anxious – unhappy and unpleasant to be around. With three or four months stretching out in front of me before I needed to start the next book for which I was under contract, I tried to think about stories that I had always wanted to write but never had the right outline or character – or sufficient courage, for that matter.

I confessed to my agent that I always secretly wanted to write horror. In fact, I had a few horror short stories lying around that I’d been unable to sell. I thought they were pretty good, and I didn’t understand why no one else seemed to agree with me. I wondered if it was because I’d weighted character over story, weakening the horror element by overdeveloping the emotional arc of the main characters– whether my hook fell short, in other words, in a genre where hook is really important. (I’d been reading Dan Simmons’ THE TERROR at the time, and you never heard anyone say they couldn’t get enough of Franklin and Captain Crozier – it was all ice and monsters, madness and mutiny and cannibalism. Plot, in other words, over character.)

My agent suggested – in so many words – that I might be over-thinking. She and I had a conversation about a particular type of heroine and how she might behave in the face of unthinkable evil – a deeply flawed, morally murky, yet undeniably badass heroine who skirted genre conventions. Someone who would be to the tattooed and gorgeous sword-wielding urban fantasy cover girl what Stella Hardesty, the heroine of my BAD DAY series, is to more-traditional mystery heroines: harder to love, harder to look at, but raw and real. So I put that conversation into the mental hopper and let it spin.

I was listening to music and aimlessly pushing words around one night when Pink’s “Sober” came on. I like Pink. I listened to the words. They sounded true to me and they made me think about the fine line that we walk when we fall in love with the way drinking feels. I thought about how easy it is to drink to blunt the pain of living, but how eventually addiction takes everything. It’s a classic horror setup, really; the huckster’s shiny coin buys only devastation.

Addiction is the end of an individual’s world. Apocalypse is the end of the larger world. I thought it would be interesting to consider what apocalypse would look and feel like for someone who had already reached bottom and had been living there for quite some time, well before the rest of the world caught up.

That felt like a story. I played “Sober” a couple more times, and slowed the mental hopper enough to let a character come into focus in my head, complete with her name, Cass Dollar (sorry, I have no idea how that happens, it just does) and I began to write. After a while, some zombies showed up. And a guy. (A hot guy, as it turned out.) I kept writing, rolling in stray thoughts and plot elements like a snowball will pick up twigs and leaves as you roll it around the yard. And I pretty much didn’t stop until the book was done.

Sophie Littlefield is the author of A BAD DAY FOR SORRY (nominated for many awards), A BAD DAY FOR PRETTY, BANISHED and many fine short stories.

This is the first book in a new series.

I have most of Ms. Littlefield's books and will grab Aftertime in February.

I understand the feeling of not wanting to take breaks between projects. Rust never sleeps as Neil said.

And once more, Sophie proves why she kicks so much ass at this. That was one hell of a glimpse into your process, lady.

Patti - Thanks for hosting Sophie.

I found your discussion of Dan Simmons very interesting. I've read some of his early stuff and one thing he always struck me as doing was overwriting character and underwriting plot. I wonder if he changed his style. Your book sounds interesting. I'll check it out.

Great behind the scenes commentary. Going to have to check out her novels.

Interesting story about where characters and plots come from.

And I definitely don´t want to be negative, but I plan to try some of Sophie´s other novels. I have seen so many enthusiastic reviews of A Bad Day for Sorry - zombies are just not me :D

A BAD DAY FOR SORRY is a real delight. Try that one.

Patti, thank you so much for having me here today! I would have checked in sooner but we have a couple kids recovering from having their wisdom teeth out (big ouch) and are lazing about like slugs.

Thank you everyone else, as well. The fascinating thing about discussing process is that no one does this crazy job the same way. And that is as it should be.