HOW I CAME TO WRITE THIS BOOK-Anne Frasier 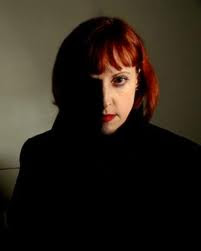 "How I Came to Write This Book" Anne Frasier: THE ORCHARD


May, 2010 For years I dreamed about writing The Orchard, but I knew switching from genre writing, my only means of support, to memoir would be a financial risk. I constantly talked about the project as something that would happen in the future, while worrying that the opportunity to write it might come too late, or might never come at all. When my publisher of eight years turned down my option material, I made one of those big life decisions. For the first time in twenty-four years I had no deadline and no contract to fulfill. If I sold my home in St. Paul and purchased a tiny cabin in the northwoods, I might be able to live on the proceeds from my home sale for two or three years. It was a huge gamble, but it would give me the solitude and freedom to write The Orchard. I sold the house and began looking for a secluded place to write. In an odd twist, my real estate agent had a listing he thought I should see, but it was located nowhere near my search area.

Another negative—it was located in farm country, a landscape and culture I’d avoided since moving from the farm. How could I possibly live in a farming area again? Ignorant of my history, the agent talked me into looking. Just looking. The property was a prairie-style church built in the late 1800s in a now non-existent village called Perley Station. Perley Station was the brainchild of a lumber baron, philanthropist, and horticulturalist named John Perley.

In 1905 the village burned to the ground, and the only thing left in the middle of fields, woodland, and prairie, was a church. And that church was selling for the price of a cabin in the northwoods. I still questioned whether I could immerse myself mentally and physically in a setting that brought back so many painful memories, but in the end I bought the church and moved to a remote and beautiful building in a town that no longer existed. The church house is surrounded by Perley Lilacs, courtesy of Mr. Perley’s horticultural skill. In the backyard is an apple tree.

As I write this, the tree is loaded with blooms, and I’m anticipating the apple pies I will bake this fall. I like to imagine that the tree was planted by John Perley. I don’t know if this is truth, but I can say the tree is very old, and it doesn’t have many years left. In this setting, surrounded by history and farm fields, an apple tree just beyond my window, I wrote The Orchard. The writing of the book, the farm fields that I walk past daily, noting what has been planted and how well the crops are doing, have led to a reclaiming of a life I left behind.

The Orchard ended up selling to Grand Central Publishing in a pre-empt, and is scheduled for a September 2011 release.

Anne Frasier is a pen name for Theresa Weir, a bestselling author of nineteen novels spanning the genres of suspense, mystery, thriller, romantic suspense, and paranormal. Weir’s debut title was the cult phenomenon AMAZON LILY, initially published by Pocket Books and later reissued by Bantam Books. Writing as Theresa Weir she won a RITA for romantic suspense (COOL SHADE), and a year later the Daphne du Maurier for paranormal romance (BAD KARMA). In her more recent Anne Frasier career, her thriller and suspense titles hit the USA Today list (HUSH, SLEEP TIGHT, PLAY DEAD) and were featured in Mystery Guild, Literary Guild, and Book of the Month Club. HUSH was both a RITA and Daphne du Maurier finalist.

If you have a book coming out you would like to write a piece about, feel free to email me.

Patti - I love this series!! Thanks!

Anne - Thanks for sharing your journey. Memoirs are such a personal kind of writing. I admire you for taking the risks that you took to do that :-). And I know all about switching genres, too. I switched from non-fiction to fiction to start my crime fiction series.

Margot, it's scary switching to something new! I really had to learn to write all over again.

You are very brave, Anne. And The Orchard will be full of heart.

Cracking story. Anne's is an amazing life and The Orchard looks like being an amazing book.

thank you, Kelly and Paul!!

Dorte, I call that my constipated publicity photo. :)