My Town Monday, Detroit Passport to the Arts 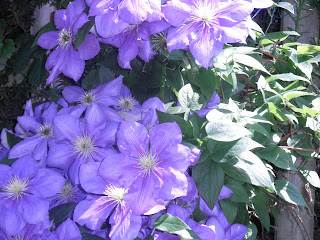 Come on over to Crimespree Cinema and tell me what your favorite summer movies are.

This concert was part of the Great Lakes Chamber Music Festival and the last performance on our Detroit Passport to the Arts ticket-the greatest bargain in cultural offerings today.

If you live in the Detroit area, seek it out. Next year's schedule is now posted. And for $109 you can go to a play, an opera, two classical music concerts, a dance performance and a film festival. You even get a reception afterwards. Sometimes you get a behind the scenes tour. My goodness, what are you waiting for.

We are already signed up for next year. We are not the target audience here, but the nicest thing about this program was seeing some dark heads amidst the gray. I am excited that in these times, some wonderful people in Detroit found a way to bring youth into these theater. Yay, Natalie. Yay, sponsors.

Okay, nothing to do with either DP2A or the terrific music we heard last night but here's a little gripe.
I am happy to go early to a classical music concert and hear the pre-concert talk. I heard one last night about the composer (Barber) and it was interesting. It even gave me an idea for a story.

However, a new trend is taking hold. For the third time lately, one of the musicians or the conductor, gave a few minutes' lecture before the piece began--right as the lights went down. This is a really bad idea as far as I'm concerned. When those lights go down, I need to be transported by the music, not the pianist or conductor talking. Do your 'splaining before the concert begins. If people don't come to the talk, they will still enjoy the music. The music should be enough. No explanation necessary.

It's as if a director came out on the stage before a play began and said, "Now in this act, Arthur Miller is trying to demonstrate the shallow nature...." Bad idea right?

Is it just me that finds this annoying? I know pop musicians talk to their audience (except for Bob Dylan) but the atmosphere is very different. Let it just be me and the music.
Posted by pattinase (abbott) at 10:28 AM

I am totally with you on the "pre-performance" talks. Just play the music! Phil's clematis looks great! Ours keeps getting nibbled on by the deer.

Nice photo. I'd skip the opera if possible and get either one play and three concerts or two of each. As for the talking, I want it to be pre-concert or in the program guide, which is what the L.A. Phil and the pacific Symphony do here. I think these orchestras are missing a bet by not sending an email to ticket holders with some background information and a few sound clips a few days prior to the concert. Once the lights go down, I don;t want talking from the stage or the audience.

That's a lot of art/culture for $109! I linked to this post from the MTM blog and from my blog too. :) As to your question re pre-performance talks, I'm not sure, but I suspect it wouldn't bother me. I always love to hear the story behind the story. Then again, maybe the timing is all off, and it would bother me. :)

Yes, the music should speak for itself - but maybe they're just experimenting and trying to gain a bigger audience - is there anyplace to drop off feedback or comments?
The flowers are beautiful.

I do agree. If they promote the talks, and I want to hear it, fine. But if I primarily want the music, that ought to be available.

I remember a time at Ravinia (a grassy outdoor music venue outside Chicago) when they held us hostage for a conductor's very, um, opinionated comments. One of the joys of instrumentals, for me, is deriving my own meaning without interference or overlay from someone else's opinion, especially when it may actually be antagonistic to my enjoyment.

Patti - That is beautiful clematis! And I completely agree about concerts. I, too, want to simply be swept away by the music. I don't want a talk before each part of the concert. No wonder you found that annoying! To me, it'd be just like reading a good story and having the action stop. That would really bug me!

I haven't been by for a while, Patti.. The photo is wonderful---love that color. when I'm at a concert, I'm there for the music. If I want to attend a talk, I'll do that :-)

The clematis is already fading and why are the Detroit Fireworks two weeks before the fourth?