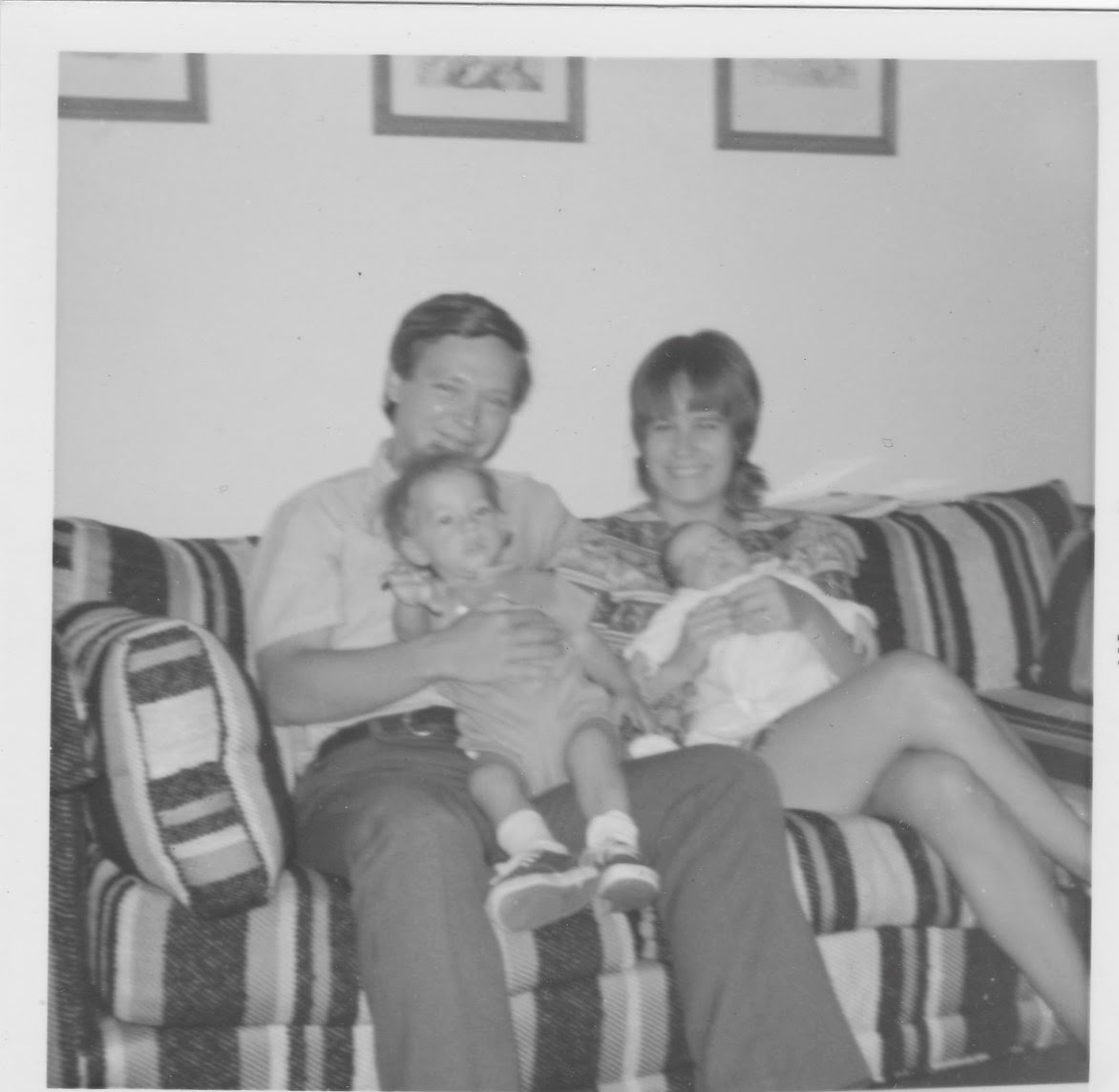 I had a terrific father who I have remembered here in the past. But if I had to choose the greatest father, I'd have to look to my husband. Phil is the most devoted father I have known. I bet my kids could not name a single instance where he let them down.

When it was still uncommon for men, he went on school trips with the kids, coached Little League, served as President of the PTO, drew pictures and did art projects with Megan every night, played catch with Josh, drove them to activities, spent Saturdays at an art class with Megan, took them to the theater, on Brownie trips, did activities with Cub Scouts for which he was ill-suited. Other fathers left such things to their wives but he always wanted to be a part of it.

I remember whose car came in last at the Pinewood Derby, whose rocket didn't go up. But because he never let such things bother him, they never bothered the kids.

Despite a challenging academic career, his kids (and wife) always came first. I can never remember him saying he was too busy or too tired to do whatever was asked of him. He never had to spank his children because they respected him too much to misbehave. Seriously, letting him down would have distressed them too much.

Happy Father's Day, Phil. You will never read this but I have put it out in the world because I am so proud of the father you have been. And needless to say, the husband too.

I always knew Phil was a great guy, but your touching tribute clinches the deal.

Right back at you, George.

Wonderful, Patti--but why shouldn't Phil read such a great tribute? Print it out and hand it to him at breakfast (or lunch).

We hear so much about absentee fathers, not as much about husbands and fathers who are present everyday doing all the hubby/dad things. My husband is also a wonderful father--everything from fishing to little league to teaching the girls to play guitar to showing them by example that a man treats the women in his life with respect, consideration, and kindness. Like you, I am so proud of my husband's great qualities as a father and so happy I married (and had children with) him.

They seem cut of the same cloth, Deb. We are lucky wives.

Whata beautiful tribute. You only have to meet Phil once to know he's a great guy but this was really touching.

And here's to all the great husbands out there. You should have a day too.

What a lovely post, Patti! Isn't it wonderful to be married to a man who is a good father? I feel lucky in that way too.

Clearly, you knew who to pick, Patti! Congratulations to you all.

I hope I've been half as good a father to my son.

I was awfully lucky because at seventeen, what did I know?

So sweet. Happy Father's Day to you both.

I think he's a keeper, Patti.

had a father like Phil. Not only did he witness all of our triumphs and defeats (and there are five of us!), but we knew there was nowhere else he would rather be.

Glad you had a good Dad too, Al. And he is a keeper.