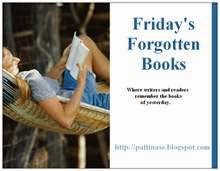 When you hear your daughter on your favorite radio station, you have to share it.
http://www.npr.org/2014/06/20/323214513/in-fever-towns-teen-tic-epidemic-gets-a-chilling-novelization

On July 11, we will be reviewing novels or movies featuring femme fatales. If you have a favorite and would like to write about it, I would be happy to post it here if you don't have your own blog. Hope for a good turnout.


I spent a day in Ontario last week and I have to say that as soon as I crossed the border, I breathed easier. Passing through mile after mile of farmland, small towns, people who don't carry guns, I feel great. And as always I browsed in Stratford's three bookstores briefly (we were only there a day) and was reminded of some of the Canadian writers I love most.

My forgotten book submission for this week is a remembrance of some of my favorite Canadian writers.

Margaret Atwood may be the most prominent Canadian writer. My two favorite Atwood novels are THE HANDMAID'S TALE, the most dystopic novel for women perhaps. And THE BLIND ASSASSIN. Not every book she writes speaks to me, but every book is a marvel in its own way.

Robertson Davies-My favorite book from Davies is FIFTH BUSINESS, the first book in what's now called the Deptford Trilogy. He is wildly creative and unpredictable. Love all his books

Margaret Laurence: She speaks most to the heart with three great novels: THE STONE ANGEL, THE DIVINERS and  A JEST OF GOD. Her books are often set in Manitoba and deal with women under duress. Fabulous.

Alice Munro, Perhaps the best short story writer writing today. I am particularly fond of her early stories such as those collected in DANCE OF THE HAPPY SHADE. but any of her collections is better than almost anyone else.

Mordecai Richler, writes from Montreal and my favorite is THE APPRENTICESHIP OF DUDDY KRAVITZ, the Jewish experience in Canada.

Congratulations, Patti. Megan certainly got a good review in the NY Times. I got a copy yesterday.

I was late getting to Munro and I'm still catching up on her stories. I've read a few short story collections by Shields too.

I liked Richler's BARNEY'S VERSION too, which was made into a good movie with Paul Giamatti.

I didn't remember Ted Wood was Canadian. John McFetridge is a great Canadian crime writer. I should do a piece on him next week.

Loved Megan on MORNING EDITION on NPR this morning! THE FEVER is getting some serious buzz! Can a movie be in the works?

You have listed mine from last week, Patti.

The new one is now posted:

A Shroud for Grandmama by Douglas Ashe

Thanks for the pointer to Megan's i/v, and the Canadian list--I'm still reading a few collections I want to do now, so have opted for a redux post this week...

New Worlds of Fantasy and other key anthologies

Megan on Morning Edition! I felt as if I were hearing a friend being interviewed--that level of excitement.

My favorite Margaret Atwoods are two of her earlier novels: The Edible Woman and Lady Oracle. You can see a lot of her later themes developing. Also both of them are very funny in places. As for Robertson Davies, he's one of my favorite writers, but I find myself going back time and again to his "Salterton Trilogy"--three early novels with interconnected characters: Tempest Toss'd, A Leaven of Malice, and A Mixture of Frailties. Great mid-century stuff!

Along with Margaret Laurence, we claim Carol Shields as a Manitoba author as she was living in Winnipeg when she had her greatest success. As for William Deverell, his novel Trial of Passion won the Hammett Award and George Easter, the publisher of Deadly Pleasures magazine, called it the best mystery/crime novel of the 1990s. I highly recommend it.

Thanks all. Love you.

Patti - Thanks as always for including my post on the list. And I do love the variety here!