My father worked hard every day of his life. His final retirement came at age 89 when he moved to Michigan so I could keep an eye on both of my parents. He was a bookkeeper and office manager for small car dealerships in Philly. He was underpaid, overworked, treated shabbily often. He just kept going, often walking the mile to work and back even at the end. And he often walked to the bank to make deposits on his lunch hour. He was the success story in his very large family. He had managed to go to a two-year business college, which allowed him to escape the fate of his siblings. Almost all of them worked in factories. His first job, which he had until he was drafted, was managing a country club. That was the job he loved. But when he returned from the war, his father-in-law had taken over. So he went to work for the car dealerships, spending very long days in tiny windowless offices. He was a very good father. He never hit us, I can't even remember him yelling at us. And what free time he had he gladly gave us. He loved children so it was a thrill to be a grandfather and then a grandfather. Every August, we spent most of the month together, where he loved playing racquetball with Josh, going miniature golfing, riding bikes on the boardwalk in Ocean City. I could list a hundred good things about him here but you get the idea.The top photo is his remaining siblings in the early sixties except the one sister who ran away as a teenager. Ralph is on the far right, rear row. 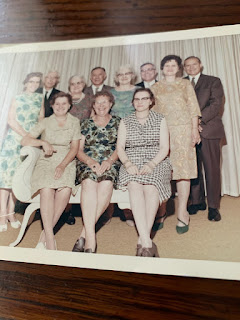 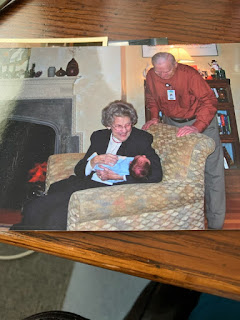 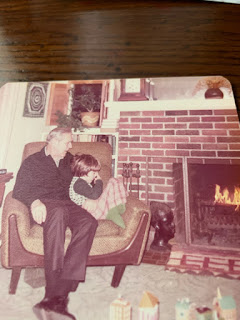 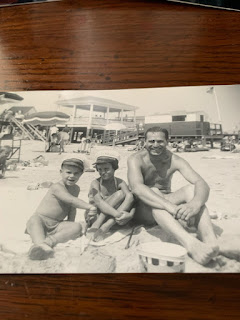 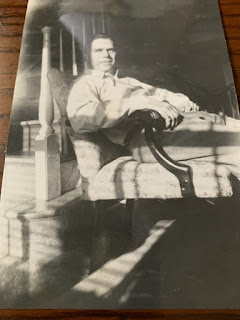 Antaeus in the Swimming Pool

In the Woolworth's goldfish bowl,

in the three-foot end of Fisher's pool.

Really you're more an Antaeus

among the bobbing toys. Never mind,

I'll be no Hercules. Neither of us sees

something foolish in our circumstance.

Instead, I swim, stomach scraping

concrete, (for I'm too big here too)

between  your pillared legs.

treading carefully so as not to knock

you down or even skim your surfaces.

Neither of us could bear to find you

Helpless in such shallow water, tumbling

among the tiny bodies of your peers.

Patti, what a wonderful tribute!

Your father sounds like a kind and honorable man, Patti. You were lucky to have him in your life for so long.

I was very lucky indeed. And also lucky with my mother.

What joyous memories and such a lovely poem. Thank you for sharing. He sounds like a man, a hero, I would have like to have known.

THE ONLY TRUE HACKER IN THE WORLD ® said...
This comment has been removed by a blog administrator.
8:41 PM

Wish I could have known him. The post made me think of my Dad, now gone 32 years. Another good and modest man.

What a lovely tribute, Patti. I'm glad for you that you were raised by such a good person.

I think that sort of humility and satisfaction with small things has disappeared. We are taught to want more than that now. So much was influenced by being the 16th of 19 children. You get what's leftover.

Very nice. Jackie's grandfather, while not as nice perhaps, also worked to the end. After they moved to Florida, he would volunteer (for tips) at the local gas station as a "gofer" getting coffee and other things. (We always assumed it was at least partly to get out of the house.) He actually dropped dead on the street on his way to work, at 87.