How I Came to Write: Li'l Tom and the Pussyfoot Detective Bureau 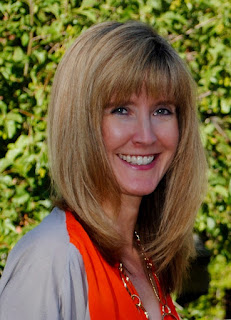 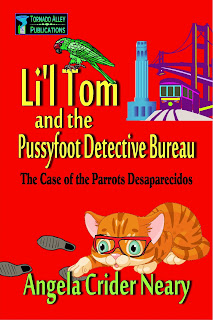 Here's a familiar name. And she's just as charming as  her Dad.


How I came to write Li'l Tom and the Pussyfoot Detective Bureau:  The Case of the Parrots Desaparecidos
by Angela Crider Neary


My first novella, Li'l Tom and the Pussyfoot Detective Bureau:  The a Case of the Parrots Desaparecidos, is a cat detective mystery set in the streets of San Francisco.  Li’l Tom fancies himself to be the Sam Spade of cats and prides himself on always getting his man.  He was the runt of his litter, so this may sometimes hinder his investigations but he strives to use his size to his advantage.  Li'l Tom is by no means perfect, however, and sometimes finds himself drowning his sorrows at the milk bar or over-imbibing in catnip tea, not to mention jealously vying with a hulking, muscular witness in his case for the affections of his Calico crush.  When some of the wild parrots of Telegraph Hill disappear, Li’l Tom is hired to take the case.  With the help of his lovely sidekick Calico cat, a homeless rat, and an unbalanced Chiweenie dog, he sets out to rescue the exotic parrots.  But will they get there before it’s too late?

So what inspired me to write a book about a cat detective?  I grew up reading mystery and detective stories, most likely starting with Nancy Drew, as many girls do, so that explains some of it.  I am also an ardent cat enthusiast (okay, fanatic), so that is another part of it.  But the main catalyst was my interest in stories where the setting, usually a city, is so mysterious or compelling that it almost becomes one of the characters in the stories.  I feel that San Francisco, with its iconic landmarks and its history in the Gold Rush, the Barbary Coast, the Summer of Love, the Beat Generation, and arts and literature is one of those places.

My husband and I moved to San Francisco in 2008, and a couple of our favorite places to explore in the city became the North Beach and Telegraph Hill areas.  Telegraph Hill has about 400 steep steps leading up to the top where Coit Tower is nestled.  Every once in a while, we would make the trek over these steps from the Embarcadero side over onto the North Beach side.  It’s kind of like walking through an urban rain forest with all the flowers, plants, and trees.  In all the foliage and nooks and crannies of the houses that are built up the side of the hill, we would often see cats hidden away and watching us.  For some reason, that’s the only place in the city we would see cats - maybe they stay inside in most areas of the city.  At the same time, I became fascinated with the wild parrots of Telegraph Hill.  These red-crowned conures have been in the city for decades and are said to have evolved from pet parrots, originally from South America, who escaped.  When I go to work at my day job, I walk by trees where the parrots sleep.  I start work early at around 7:30 a.m., and the parrots are just waking up and beginning their cacophonous squawking.  This is one of the things I love most about San Francisco.  Out of these experiences, Li'l Tom, cat sleuth, was born.  The story incorporates many of my favorite things about San Francisco, so it is meant to be enjoyed by lovers of animals and of San Francisco, alike.

So nice to see this feature back! I do love learning about authors' journeys to publication. Thanks for sharing. And it's interesting, isn't it, how important a role a place can have in one's writing.

I'm going to make a wild guess and hypothesize that Angela's father may have had more than a slight effect on her writing ambitions. This book sounds like a winner!

Thanks, George! Must be in our blood!

I was happy to participate in this feature and loved writing about San Francisco.

I have a friend who is writing a wonderful dog detective mystery. I very much enjoy these kinds of stories. I'll have to check it out.

Thanks, Charles! I hope you enjoy it.