About My Book: James Buccellato 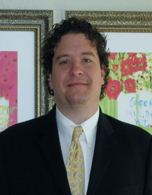 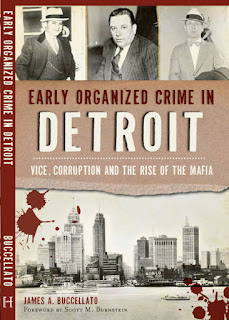 Though detectives denied it, the Italian mafia was operating in Detroit as early as 1900, and the city was forever changed. Bootleggers controlled the Detroit River and created a national distribution network for illegal booze during Prohibition. Gangsters, cops and even celebrities fell victim to the violence. Some politicians and prominent businessmen like Henry Ford’s right-hand man, Harry Bennett, collaborated closely with the mafia, while others, such as popular radio host Gerald Buckley, fought back and lost their lives.

Some biographical info:
James Buccellato is a senior lecturer of political science in the Irvin D. Reid Honors College at Wayne State University. His new book, Early Organized Crime in Detroit: Vice, Corruption and the Rise of the Mafia, will be released on The History Press on Nov.30. The book explores Detroit’s struggle with gang violence, public corruption and the politics of vice during the tumultuous first half of the 20th century and includes rarely published images from the era.

An interview with Jimmy can be found here. (Hopefully)

Jimmy was one of Phil's very best students. He earned a Ph.D. in political theory/American Government. On top of that, he is the sweetest young man you will ever meet and an excellent teacher. Here's hoping his career and this book are wildly successful.
Posted by pattinase (abbott) at 7:00 AM

Thanks for sharing, Patti! This sounds really interesting.

This looks good! I'll check it out.

Not an area of history I know much about but sounds like a good way to learn.