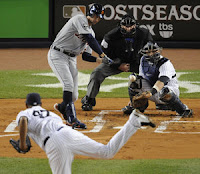 "If you can make it there, you'll make it anywhere."
Go Tigers! 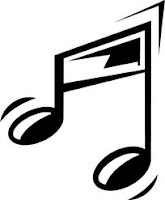 (Despite the remarkably high number of Texans here)

The story takes place in the 1840s in Cornwall. Philip's whole life centers around his Uncle Ambrose, his guardian, and their life in the country. When Ambrose begins to suffer health problems, he goes to Italy where he falls under the spell of Cousin Rachel. His letters home to Philip begin as odes of love but over time become dark. When he suddenly dies, Philip goes to Florence to ascertain the reasons for his death.

Initially suspicious of Cousin Rachel, he soon falls under her spell and alters his inheritance to make her the primary beneficiary of his uncle's estate. It is unclear for much of the book as he goes from complete suspicion, to devotion, to suspicion again whether he is falling ill from the same brain fever or disease that took his uncle or whether Rachel has a hand in both of their fates. (Much of her time is spent fooling with herbs and medicinal plants).
Is this a book about jealousy, disease or evil. I think you will come to your own conclusion by the end, but it may not be the same as mine.

This is a masterpiece of suspense. The type of book you will think about for many days following its ending.

Ed Gorman is the author of the soon to be released BAD MOON RISING. You can find hi 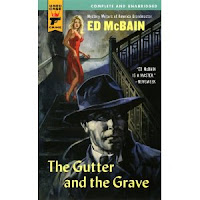 Had to go to the doc's today (nothing serious) and just as I was walking out the door the mailman handed me a package from Hard Case Crime containing The Gutter and The Grave by Ed McBain ($6.99) with a great, gritty cover from R.B. Farrell.

It was the right book for a rainy day. I read half of it at the doc's office and then came home and read the second half instead of going to work on my own book. It had that kind of hold on me.

You want the good old stuff, this is the good old stuff. I still remember reading it in my high school days when it was a Gold Medal called I'm Cannon for Hire by Curt Cannon. McBain had done a series of stories for Manhunt about a private eye named Matt Cordell who went a little bit too far in beating the holy crap out of the dude currently bomping Matt's part-time wife.

From there Matt, shorn of ticket and gun, goes straight to the Bowery to do his 24/7 drinking, working on cases only when he's dragged into them, usually by a friend in need.

And it all works, an exciting reminder of just how good Evan Hunter/Ed McBain always was at simply telling a hardboiled pulp tale. This one is a search through society high and low as Matt tries to find a murderer and a little bit of dignity. It also contains three beautifully crafted set pieces and some very nicely observed moments about being down and out in New York City circa 1958. The plot's a pip and the people all talk McBainspeak which is still, for me, as good as crime fic dialogue gets.

"The gutter and the grave" is a great title.

Barry Ergang is on my blog today with his review of DIE LAUGHING AND OTHER MURDEROUS SCHTICK (1985)
by S.S. Rafferty.

Mine is up with a celebration of Dick Tracy's 80th anniversary.

Re: Gutter and the Grave.

I read that book. I liked it.

I've always enjoyed the Du Maurier I've read over the years...MY COUSIN RACHEL being one of the many I've not quite gotten around to...

Now the Hunter/McBain/Curt Cannon is another story. I read I'M CANNON - FOR HIRE and the collection of Cannon stories, I LIKE 'EM TOUGH, some 30 years ago. Great stuff.

I think you'd find it interesting.

I have finally got my FFB up: Werewolf of Paris. Oddly enough, having all this time on my hands has led to laziness :-) Imagine that.

I'm rooting for the Tigers because it looks like the Phillies aren't going to make it past the Cardinals. Both NY teams are out of it. (I'm a Mets fan.) So Detroit is it. :)

I read MY COUSIN RACHEL many MANY years ago and probably liked it. I loved REBECCA.