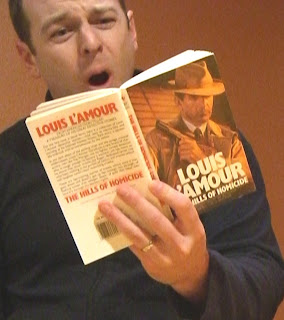 Vicki Delany is the author of Valley of the Lost (Poisoned Pen Press), the second in the Constable Molly Smith series (following 2007’s In the Shadow of the Glacier) set in a small town in the Interior of British Columbia, as well as novels of psychological suspense, Scare the Light Away and Burden of Me 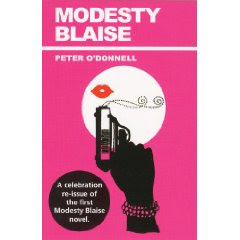 mory. The first in a new historical mystery series, Gold Digger: A Klondike Mystery, will be published by Rendezvous Crime in May 2009. She recently moved to bucolic Prince Edward County, Ontario, where she rarely wears a watch. Contact Vicki at
http://www.vickidelany.commodesty/
Modesty Blaise by Peter O’Donnell

My forgotten book, isn’t a single book, but a series, a character really: Modesty Blaise, star of the books by Peter O’Donnell, written roughly in the late 1960s and 70s. Like many women who were once girls, I particularly remember being introduced to Nancy Drew, ‘girl detective’. Nancy was a girl just like us. Well, just like us, except that she was wealthy, beautiful, popular, and adventurous. But we all knew that eventually Nancy would grow up, leave school, marry Ned (or some equally suitable boy from her social set), have 2.5 children, and a Golden Retriever, and start popping Valium. But Modesty was nothing at all like us. She was exotic, mysterious, and had a shady criminal past. She was grown up and she STILL had an exciting life. Modesty had once been the leader of a notorious criminal gang called “The Network”, and now, having given up her life of crime, she and her side-kick Willie travelled the world fighting
crime. Even when Modesty was a criminal, she was a ‘good’ crook. I read the Modesty Blaise books when I was in my late twenties, settled down with house and children and dog. I
think those books were my first realization that adult women could still be strong and fearless and independent. I was living in South Africa at the time: I don’t think the books got much attention in North America.In the crime-writing world today there are plenty of strong women,but Modesty blazed the trail. If there is an earlier adult adventure/crime book in which the female is the main character, and the male the side-kick, I don’t know it. It’s interesting that the books were written by a man. (They were adapted from comic books, and I believe
there was one forgettable movie made). As a crime-writer, and as an independent woman, I owe a lot to Modesty Blaise. 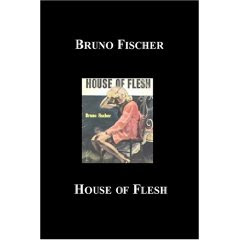 Frank Loose is a cinematographer living in Atlanta. He loves out-of-printnoir novels from the 1940s and '50s and thinks half the fun is tracking them down.

House of Flesh by Bruno Fischer is a forgotten classic of noir fiction fromthe 1950s. It simmers with a sexual tension that is missing from much oftoday's writing that is overt and explicit. But to say this book is onlyabout passion and lust, sells it short. In the end, it is a morality play.
Harry, a pro basketball player, is spending the off-season in a little townin upstate New York. One day, out for a stroll with his young dog, Harrydiscovers some bones. Are they human? He hears village stories about amissing woman and strange happenings at a mansion in the hills where a vetlives with his wife Lela, and a brood of menacing dogs. Then Harry meetsLela, and the story hits a higher gear, sucking Harry and the reader along. Fischer was an experienced pulp writer, and in House of Flesh he creates amood of encroaching angst. The character of Lela is not cast in the classicmold of the femme fatale typical of books from this period, but is moreerotic than beautiful, yet also mysterious and moody.
Part mystery, part love story, each chapter ramps up the suspense in thisgothic tale. It starts slow, like a match on kindling, but builds to ablaze. At the end of the book, I wondered if I were in Harry's situation,would I make the same decision he does? I'm not so sure. Track down an oldcopy, and see what you think. 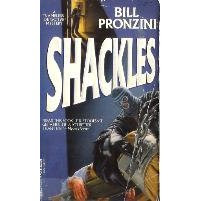 I've always had it in the back of my mind to check out SHACKLES, Book 16 in Bill Pronzini's excellent Nameless Detective series. Over the Christmas break, I finally took the opportunity to do so. A number of readers have told me they think it's a great read, and I'd have to agree with them.

The plot in a nutshell is an old enemy abducts Nameless at gunpoint, hustles him off to a remote cabin in the California mountains, and chains him to a cot in a cabin with a few provisions to last thirteen weeks. It's the middle of winter. Creepy stuff.

The dark psychological suspense is conveyed over a 90-day captivity without much gore, something that takes a writer's topmost skill to pull off. Namess does a lot of wondering about his love interest, Kerry and his detective firm's partner Eberhardt, who's having women troubles.

The claustrophobic cabin threatens Nameless' very sanity since he's been manacled there alone. The details given in descriptive language heighten the terror. In fact, Nameless; time in the cabin prison reads like a good horror novel. Advice: don't read it for a bedtime story.
Of course, such an extreme ordeal doesn't leave you unscarred. Subsequent titles in the series refer back to SHACKLES and how it changes Nameless. Another refreshing appeal is the compactness of the fast-paces tale, sort of a modern version on the Gold Medal pulp noirs, SHACKLES made for a first-rate read to this big fan of the Nameless P.I. series.


Mike White was the former publisher/editor of the defunct Cashiers du Cinemart magazine. A 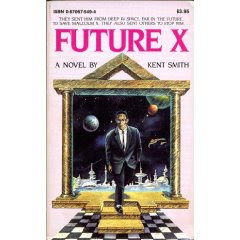 collection of the mag's "greatest hits" will be published in Fall, 2009.

The year is 2073. The United States has been divided with parcels of land given to African Americans. These are institutionalized ghettos, surrounded by walls, guarded, and monitored heavily by police (called "Bruisers" for their love of inflicting pain). The story follows two men living in New Watts: Ashford and Zeke. Ashford is a radical actor who presents street plays based on outlawed books such as The Autobiography of Malcolm X (his great, great grandfather). Zeke works for The Man by day (for which he gets a pass outside of the city) while running a cell of Black Radicals by night.
It's only a matter of time until the two men's paths cross. As it is, the whole book becomes "a matter of time." From the opening scene which sets up a device used by law enforcement to reverse time after a crime has occurred (where the criminal would be arrested for something they intend to do), author Kent Smith introduces a science fiction element which sounds like it might rival the "pre-crime" scenario of Philip K. Dick's "Minority Report." When Ashford and Zeke team up, they decide to hijack the time travel device and use it for resetting history, going back to 1964 and encouraging Malcolm X to initiate a Black Revolution.
When Ashford finally sees his ancestor, it's the moment when Malcolm X is stabbed in an airport bathroom. Scared out of his wits, Ashleigh pulls off the greatest performance of his life, taking over the life of X. Black Power meets the Space Time Continuum in this insightful take which draws upon Charles Dickens's A Tale of Two Cities. Future X also strongly recalls Michael Moorcock's sci-fi classic, Behold the Man, in which a time traveler assumes the life of Jesus of Nazareth, bowing to a fate which seems predestined.
Holloway was a notoriously cheap publisher. It's obvious that they didn't spend much (if anything) on proofreading Smith's work. It's dotted with typos, occasional homonym abuse (perfectly understandable), and an occasional misspelling ("looser" rather than "loser"). Luckily, these are easy to overlook due to the story being so compelling.

Forgot to send mine to you: http://noirwriter.blogspot.com/2009/01/non-oprah-book-club-asylum.html

no forgotten book from me this week but I do have an interview with Charles Ardai, publisher of a lot of forgotten books on my blog.

Alas, no forgotten book from me today. Back next Friday. And thanks for the write-up to Modesty Blaise. I'm quite interested seeing as how the main character in my second book and some short stories planned for this year is a strong woman.

I just got mine up, but for some reason I don't seem able to click on my post to get the specific link. My blog link in general is at: http://charlesgramlich.blogspot.com/

A suggestion for FFB, not a review: Comfort Station by "J. Morgan Cunningham" (Donald Westlake). This was his jab at the disaster movies/books that were so popular at the time. I read this paperback original when it first came out and I've forgotten just about everything except how I laughed. I've been trying unsuccessfully to find another copy for years. Westlake will be missed.

*I hate my computer*

Thanks for popping mine in Patti. I got a bit out of step :-(

We're all scrambling looking for Westlake books. For some reason my library has all of them at the high schools. What's that about? Thanks, Jerry.

"The Westlake Twenty-eight"
By Earl Kemp

I completely forgot it was Friday! But I'm going around now to visit those who posted Forgotten Books. Thanks Patti! And...Happy New Year!

Anonymous said...
This comment has been removed by a blog administrator.
9:46 PM