HOW I CAME TO WRITE THIS BOOK: PENANCE 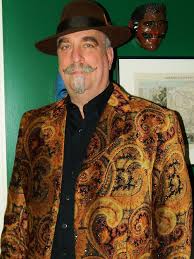 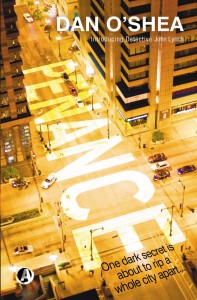 Where PENANCE came from

When you ask the question “Where did this story come from?” and it’s a story that’s been rattling around my head for almost forty years, that’s a tough one to answer.

I went to a peculiar high school – a Catholic military academy.  Great training for cognitive dissonance. One period we’re discussing the Beatitudes, the next period a sergeant who’d spent a little too much time in country during Vietnam is demonstrating how to kill somebody with a copy of Sports Illustrated. Even the school motto kinda freaked me out. Crede de Deo, Luctari pro Eo – To Believe in God and to Fight for Him.  I always figured if there was one guy who could handle his own beefs, it was the almighty. Hell, ask Noah’s neighbors. As the good folks of Sodom.

Anyway, one fine spring day back in 1976 one of the monks who ran the place pops this question in the middle of theology class. If you were going to die unexpectedly – say you were going to be murdered, when and where would you want that to happen?  I was leaning toward never and nowhere. Turns out the answer he was looking for was stepping out of the confessional. Seems you’d be in a state of grace, seems you take the A-train to Elysium.

I was already having my issues with Catholicism, and that didn’t help. But I do remember thinking “That might make a cool place to kick off a story.”

OK, if you’ve seen any of my other interviews, you know the whole tale of woe. How I always wanted to write fiction, but I ended up writing technical financial copy, marketing copy, how I decided that fiction writing was a childish dream and that I should act like a grown up and follow the money. Which I did for decades.

A few years back when I finally had my epiphany, realized I’d spent my adult life pissing on my own dreams, and I decided I was actually gonna by-god write me a novel, the confession idea is what I went back to. Really, at first, that was all I had.

See, I don’t do the whole outlining thing. The only way writing works for me is to just start and then follow the characters around my head and take notes. So everything grew out of that beginning.

I decided I wanted the killer to be a sniper, so I had to figure out where and when he would have learned to shoot like that. I had to give him a backstory that would account for his bizarre religious motivations. Things snowballed from there.

But it all started with a strange question in Theology class at Marmion Military Academy almost forty years ago.